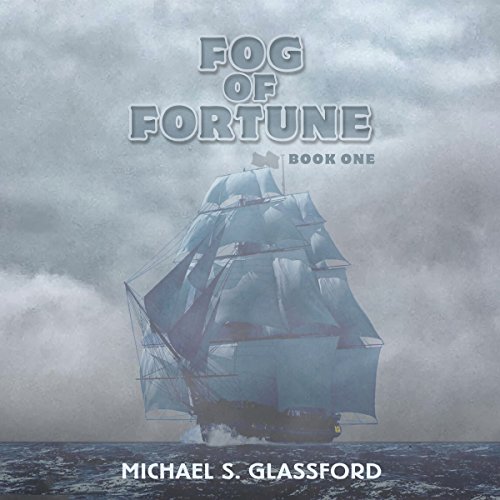 Put down your best-sellers, it's time for a little Pirates 101.

How does anyone know about a pirate if he takes no prisoners, leaves no witnesses, and shows no mercy?

During the Dolphin's maiden voyage, Captain Silversword attacks. In a moment of weakness, he breaks his own rule and press-gangs Samuel Burke into service aboard the Black Flag. Once armed with the knowledge of the infamous pirate's only weakness, Sam must face his fear and confront Silversword to save his life, his friends and spare England and the world from the pirate's tyranny or die trying.

Fog of Fortune is book one of the Chronicles of Silversword, a Historical Young Adult series with a fresh spin on the business of pirating.

Rediscover the thrill of the sea in this action adventure story. Experience the romance of a tine gone by. Feel the lust of the dead man's chest. And find the strength to walk away from the temptation of treasure.

Mr. Roberts' velvety smooth voice perfectly compliments this story! I will be waiting in anticipation for the next installment of the clever young Sam!