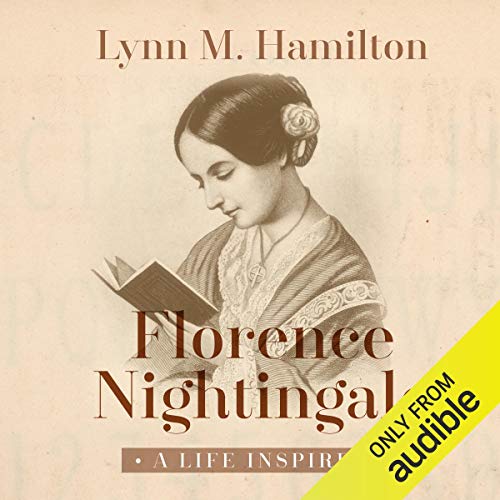 Has there ever been someone who accomplished so much and, at the same time, thought so little of herself?

Before she even turned 40, Florence Nightingale was the darling of the British public, the heroine of the Crimea. She could have sailed home to England and comfortably dined out on her fame for the remainder of her long days. Instead she conducted a ruthless postmortem on every moment of her wartime service and found herself entirely wanting. She did not try to hide her mistakes; instead she sought to broadcast them so everyone would understand what happens in unsanitary medical facilities. She could well have slid into self-pity and inertia, yet she spent the next several decades campaigning for reforms.

One hundred and fifty years ago, the respect we now have for nurses and the intense training that nurses must undergo was nothing but a seed in Florence Nightingale's imagination. If we believe that nurses are some of the most respectable and hardworking people in our community, we owe that belief to Florence Nightingale. But she never took the credit. As an old woman of 77, she deflected all her accomplishments onto God with the words, "How inefficient I was in the Crimea! Yet He has raised up Trained Nursing from it!"

I really enjoyed the story. What an amazing woman she was! However, I did not care for the narrator AT ALL! He had a very halting way of speaking that was not pleasant to listen to.

Most don't know of the many contributions made by this dedicated and caring woman. More recognition should be given to her. A really good book

I think the story must be pretty good, but I found the narration upsetting at best. Sudden random and startling inflections and a hurried pace made this book unlistenable for me.

This was very in lightning on the life of Florence Nightingale. She did so much more than just start a program for nursing. She was way ahead of her time and what a blessing for everyone. Very good listening.