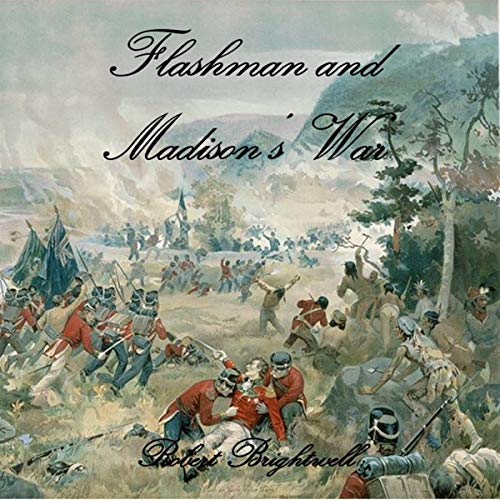 This book finds Thomas Flashman, a British army officer, landing on the shores of the United States at the worst possible moment - just when the United States has declared war with Britain! Having already endured enough with his earlier adventures, he desperately wants to go home but finds himself drawn inexorably into this new conflict. He is soon dodging musket balls, arrows, and tomahawks as he desperately tries to keep his scalp intact and on his head.

It is an extraordinary tale of an almost forgotten war, with inspiring leaders, incompetent commanders, a future American president, terrifying warriors (and their equally intimidating women), brave sailors, trigger-happy madams, and a girl in a wet dress who could have brought a city to a standstill. Flashman plays a central role and reveals that he was responsible for the disgrace of one British general, the capture of another, and for one of the biggest debacles in British military history.

Robert Brightwell once again proves that he's a master of combining history with a humorous and moving narrative. The narration is as excellent as the story. Highly recommended.

I continue to follow Flashman as he bumbles, stumbles and fornicates though questionable situations. I enjoy the books enough that I ignore the question "could this really happen?" and just go with it. This book provides an interesting segment of history of which the US education system is quite deficient. A well written story that kept me interested for the duration. I highly recommend.