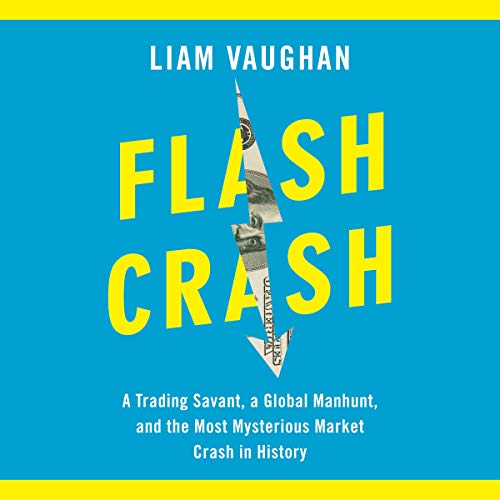 The riveting story of a trading prodigy who amassed $70 million from his childhood bedroom — until the US government accused him of helping trigger an unprecedented market collapse.

On May 6, 2010, financial markets around the world tumbled simultaneously and without warning. In the span of five minutes, a trillion dollars of valuation was lost. The Flash Crash, as it became known, represented what was then the fastest drop in market history. When share values rebounded less than half an hour later, experts around the globe were left perplexed. What had they just witnessed?

Navinder Singh Sarao hardly seemed like a man who would shake the world's financial markets to their core. Raised in a working-class neighborhood in West London, Nav was a preternaturally gifted trader who played the markets like a computer game. By the age of 30, he had left behind London's "trading arcades", working instead out of his childhood home. For years, the money poured in. But when lightning-fast electronic traders infiltrated markets and started eating into his profits, Nav built a system of his own to fight back. It worked - until 2015, when the FBI arrived at his door. Depending on whom you ask, Sarao was a scourge, a symbol of a financial system run horribly amok, or a folk hero who took on the tyranny of Wall Street and the high-frequency traders.

A real-life financial thriller, Flash Crash uncovers the remarkable, behind-the-scenes narrative of a mystifying market crash, a globe-spanning investigation into international fraud, and a man at the center of them both.

"Until now, the Flash Crash of 2010, where a trillion dollars seemingly vaporized in the span of just five minutes, was one of Wall Street's biggest mysteries. Liam Vaughan's fast-paced, richly detailed financial thriller tells the real story of how it happened, who was at the center of it, and what it all means. You'll want to read it in one sitting." (Bethany McLean, coauthor of The Smartest Guys in the Room)

"An elegant and fast-paced narrative about one of the more obscure and mysterious financial anomalies. Through meticulous reporting and a gripping story, Vaughan has filled in many of the missing pieces. You won’t be able to put it down." (William D. Cohan, author of Four Friends and House of Cards)

"A fascinating journey through the heart of the financial markets and the battle between man and machine in the search for trading profits." (Bradley Hope, coauthor of Billion Dollar Whale)

Autistic kid in UK. Grandmother forces him to learn times tables by age 3. Becomes gamer. Ultimately starts trading commodities futures at age 20. Gifted at pattern recognition. Soon masters trading and clearing $900,000 on a good day. Living with his parents and nobody had any clue what he was doing as he became billionaire. He takes on the enemy high frequency traders and this kid becomes the scapegoat for the flash crash they caused. Later provides invaluable market insights to the authorities. Probably too complex and unbelievable to be captured in one movie. Excellent journalism. Superb narration.

loved this tale. Hope to see more from this author. So interesting to hear about how one man was able to take on HFT firms by himself. Also disturbing is how the U.S government is willing to sacrifice small players like Nav to satisfy public need for blood in the wake of the flash crash. Great book couldn't turn it off.

Well Told What Could Have Been a Complicated Story

Super easy to follow. Well done. I started it with trepidation not sure I could follow along if it got too into the weeds and intricacies of what happened. It is well layed out and easy to understand. What a story

Can't wait for the movie!

A so-crazy-it-must-be-true story about an asperger's day trader living with his parents making tens of millions of dollars and inadvertently contributing to trillion dollar market crash. Whether or not you care about the stock market, you'll love this book.

A fine read, a travesty of justice

This is a gripping, educational, and entertaining read. It tells the story of the rise and fall of a solitary trader, working mostly out of his bedroom in the outskirts of London. It is very well read by the author.

The "crime" of spoofing for which the protagonist was convicted, by the US government is, in my mind, complete bullshit. It's nobody's business, and especially not the business of the government, how people place trades in the financial markets. I am a regular, and seasoned, investor. When I place a trade I know how much I'm willing to pay, or accept, and I couldn't care less what other market participants are up to. Maybe, on occasion, I'll change my mind about a trade and cancel it. Does this make me a spoofer? What a load of crap.

I tend to agree with Nav, the protagonist, that if there is an injustice in the market it is that certain players can pay for earlier access to data than the rest of us. This doesn't affect me because I tend to hold positions for years, not minutes or seconds. But the existence of a two-tier, two-speed market could be viewed as, at a minimum, ethically questionable.

My opinions aside, this is a very brisk, readable representation of a very unusual, extremely talented trader. Enjoy.

crazy how so many years go by and then they finally indict this young man. yet be businesses that do it everyday don't get touched.

... and the performance is great too. The author's fine focus and lack of pretension is refreshing in a field crowded with flashy and relatively empty offerings. I was puzzled at the news stories I had seen of the original events, and this book unfolded a much deeper and wider story in all its dimensions. The main character is surprisingly relatable to one, like me, who shares some of those traits.

WSB MOD Autobiography - How to guide

This is a wonderful how to book. Not sure why more people haven’t purchased it. At least a million people on r/wallstreetbets should should have it on audio while riding there peloton’s to Game Stop.

Navinder’s story is one of a kind. Thanks to the author for familiarizing me with it. That’s a pity that Navinder never talked to the author: this just confirms how unjust life is. Such injustices are inseparable from the way we live. And we can live no other way. What we experience is always followed by some good and some bad.
There always have to be bright sparks of happiness in every story at least for a balance. This story is no exception: I enjoyed Navinder’s goes at American burgers and the minutes he was showing his work to the agents. I like the fact that the prosecution ended quite mildly for him and that the case raised the authorities’ awareness about such crimes. Though Navinder does not look like a criminal, he is not nice either. I sympathize with his story anyway.

As good as Vaughan's written words are, his spoken words are even better! Was a pleasure to listen to. A very interesting story and one that needs to be told.

Came to the book by the Chat With Traders poscast Episode 194 and got me courious.
Didn't disappoint and really good book about the whole story from beginning to kind end! Highly recommended for people interested in the story and trading!