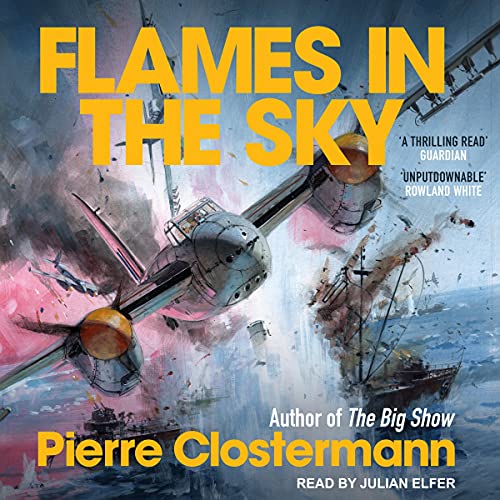 Flames in the Sky

From near-suicidal RAF attacks in 1940 through to the dawn of the jet age in 1945, Flames in the Sky captures the astonishing drama, intensity, heroism, and incomparable exhilaration of the World War Two air war like no other book.

This epic global struggle between Spitfires, Hurricanes, Mustangs, Mosquitos, Messerschmitts, Zeros, Kamikazes, and more is brought vividly to life by a writer who was himself in the thick of the action.

Pierre Clostermann was one of the outstanding Allied Aces of the Second World War, shooting down scores of enemy aircraft, while friends and comrades lost their lives in the deadly skies above Europe. Flames in the Sky was born of his desire "to do justice to their courage".

Flames in the Sky is packed with dramatic aerial action, including the Battle of France, the attack on Pearl Harbor, last stand on the Bataan Peninsula, Operation Vengeance: the assassination of Admiral Yamamoto, and the Messerschmitt 262 and the dawn of the jet age.