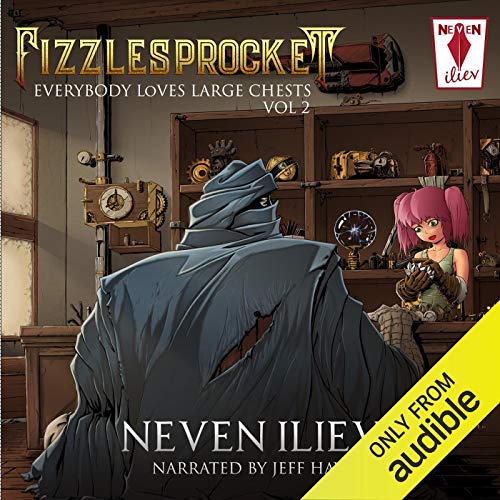 Things are not well within the Lodrak Empire. An entire city goes up in smoke and ash, and an entire province is slowly being consumed by an ever-expanding cloud of death.

But while the humans rally to contain the fallout of this disaster, they are much quicker to pin the blame for it on their elven neighbors to the north. With centuries' worth of strife and bad blood between the two nations flaring up, all out war is rapidly becoming an inevitability.

Powerful figures are already on the move. Some wish to unravel the mystery behind the dead city in order to bring the perpetrators to justice. Others are more than content enough to use this "act of terrorism" as an excuse to further the Empire's agenda. A select few are even planning on somehow turning this cataclysm into a weapon for the sake of their ambitions. The elves of the Ishigar Republic are hard at work undermining and sabotaging their old enemy, while the international community watches the ongoing situation with a critical eye. Even the Gods themselves are closely monitoring the situation, ready to intervene should they deem it necessary.

However, though all these entities have different reasons and methods, they all have the same objective - to find the mastermind responsible for setting all this in motion.

The same "mastermind" that is far too busy figuring out how wagons work to notice the world is stirring.

Can I inspect your box? It looks like a big one!

Neven Iliev and Jeff Hays. The Leopold and Loeb of the literary world. Between the two of them the body count of characters is just too high to realize, and yet so fun to listen to that you don't even comprehend the massacres and mutilations they are performing on unsuspecting characters. Putting these two together is like mixing fizzy lifting drink with pop rocks. The results are unexpected, and awe-inspiring.

Neven Iliev returns for round two of everybody's favorite murdering box. The man is twisted in a wonderful way, sort of like Willy Wonka meets Jack the Ripper. Viscious, brutal, and funny all at once. One of the best things is that he does a lot of unexpected things with his characters. Things you never see coming, and just when you think you have it all figured out, WHAM, you are blind-sided. One scene just took the air out of my lungs. That isn't supposed to happen in a comedy. And I really shouldn't LOVE and ADORE a murdering little cuss of a mimic, but I do. And what happens with the spy master just crushed me. Darn you, Iliev!!!!! On the other hand, there were times I could not stop laughing. My cognitive dissonance is overwhelming. I did get a little distracted with all the sex, but hey, this a book for adults, and the scenes were funny so I never let it bother me. All I know is that this man cannot write fast enough for me. Books 3 and 4 need completed last week, as of December 2001.

Again, we come to the ever amazing, all-powerful Jeff Hays. I'm beginning to suspect that he drank some sort of brew made from the blood of Rich Little, Johnathon Winters, Robin Williams, and Mel Blanc, which was stirred by a bone from Lon Chaney, Sr., and sprinkled with the ashes of Tara Strong. He has to be using black magic, because this guy can do more voices than there are people in Europe, he seems to narrate only the BEST books, and still remains cool when goofing off in Soundbooth Theater. Seriously, there is a reason that Jeff is my favorite narrator, and that is because he is a rare talent.

I got this book and powered through it. I had been waiting so long for book 2 to come out that I dedicated myself to gettng through it in one sitting. Now, I'll go back and relisten to both book one and two, and really relish the humor and action. Then, I'll sit quietly, just waiting for book three to come out.

“Uhhh... I’m not contractually obligated to answer that question”

Demonology Support Hotline is probably one of my favourite little tidbit in here.

Volume two of our murder hobo Boxxy is just as hilarious as this is not a book for the young it’s absolutely an adult read but a hilarious one.

I thought it couldn't get funnier

Man was I wrong. This book had me rolling with laughter and feeling a bit awkward in certain situations that just had me laughing even more. The looks I received while maniacally laughing while grocery shopping only enlightened the happiness I gained from listening to this book. Ah man, I am going to have to listen to it again now.

So Boxy T. Morningwood is back at it again and another hilarious journey. I dislike the cliffhanger and hate what came in to play all ready but their are only 3 books so I understand. If your in the mood for a laugh give this a listen (just don’t play on your speakers in public)

An unlikely protagonist takes it to the next level

Like the first book (which you should probably read first), this fantasy book sarcastically makes fun of fantasy novels and fantasy computer games. The story turns many of the typical fantasy themes upside-down, mercilessly shakes them to see what falls out of the pockets, and then sadistically tortures them just for giggles. It centers around the most unlikely of protagonists and the effects of his self-centered, idiotic, often-lucky, usually misguided actions as it adventures through an otherwise standard fantasy world, causing havoc wherever he goes. The book introduces a new character, a gnome, a very likable female artificer (tinkerer) who is the best part of the book. Warning: this book includes bad language, sex, rape, torture, murder, gore, etc. in excess of the first book. Several parts were, in my opinion, unnecessarily graphic. Even worse, the main character, while growing significantly in power and just slightly in intelligence, remained pretty much the same in terms of goals, ethics, social responses, and choices. When I read that the characters in the third book were pretty much the same as books one and two, but with even more disturbing violence, sex, torture, and rape, I decided that the debauchery was too much and the ingenuity of the idea was not worth the assault on my moral fiber.

Why is so much sodomy necessary

Let me begin by saying I really like these books and the story is interesting but I don’t understand the fixation with “ass rape” as a theme in this book. It’s so distracting and poorly placed I really wanted to stop listening. On one hand you have Boxy and interesting protagonist and behind him a female fiend that can grow a penis to ass rape her female counterpart. What?!? Like where does that even fit the overall theme of the book.

I totally expected and welcome a bit of low brow humor he’ll the name of the series give that away but having to read “Do you think if I put my giant D!ck in her A$$ it would come out of her mouth?!? I mean seriously Neven your a better author than that and have to recognize this is ridiculous.

So basically story is great if you can trudge last the regular graphic sodomy references.

Content warning: This book contains depictions of sexual violence. Other than that, it's an excellent book. Silly fantasy at its finest. Jeff Hays is an excellent voice actor and Illiev manages to write a funny tale. It's not a deep book by any means, but something fun to kick back and relax with.

Bob seems to appear in every one of my favorite series and always becomes my favorite character immidiately.

The amount of profanity and sexual content seems to step it up in this book which hardly seemed possible after the first book, but it is exactly this fact that makes me love this series.

It is not typical. There is no hero who does good and slays all the evil monsters. Boxy is a pure and true monster. The author's decision to disregard norms and go way beyond what descriptions are needed is what makes this series amazing.

Xera/Snack is such a unique character that I could not place her in any other book I have read, ever! She is one of a kind. Boxy is also One of a kind. Arms may have a personality that is slightly more common but her appearance and... erh... mutations, make her unique as well.

I love the chaos of it all!

the single best story I have ever heard

litterly the greatest thing to ever grace mankind , if I could I would create a new religion were every member lives in a wooden box and committed horrible crimes against humanity

Crude, Lewd, and so funny I couldn't stop laughing

This volume in the series had me laughing out loud through the entire story. Yes, parts were overly lewd/crude, but that's obvious if you read the first book or even read the tag line, so totally expected. What I didn't expect was to get so enthralled by the very interesting plot that also made me laugh so much!

This second book in the series furthers the main plot, has character development, a romantic (if very disturbing) subplot between side characters, and keeps doing all the things that we're great about the first book, and even adds even more awesome to boot!

And of course, Jeff Hays does yet another amazing narration.

Sometimes a little too explicit

As with the first part, the story is great fun to listen to, particularly because of Jeff Hays’ proficient use of different voices and sound effects.

However, Neven Iliev overdid it with the explicit scenes in the first chapter. While those were well belanced and fit tightly with the storyline, the apparent excess made me somewhat cringy in this second installment of the series. Still, I think I’ll get the third one, too.

I immensely enjoyed the first book, mostly because (contrary to expectations)the lude elements were sparse and mainly well executed. In the second book it is much MUCH more heavy handed to the point where it became difficult to enjoy the story or appreciate the characters involved. It served to distract from the story instead of adding to it.
That being said, the introduction of the last character, Lionel, was an absolute highlight and a good way to turn it around. Janice is probably my favorite character in all recently consumed media!

loved each moment. Second book of a series, at least as good as the first one.

I am listening to this story for the 5th time and I own it only a few months. I would very much recommend this!

one of the best and funniest books ever. the amazing adventure of a box.

i dont really know why. but listening to the exploits of the killbox is just really fun.
i just hope nothing bad happens to fizzy

If you liked the first book, you'll also like the second.
Gets better and better. Several times I could not resist and a big grin formed on my face while sitting in a traffic jam. I wonder what the other drivers thought when seeing me like this.

Everything about this book is once again as great and greater then the previous one!