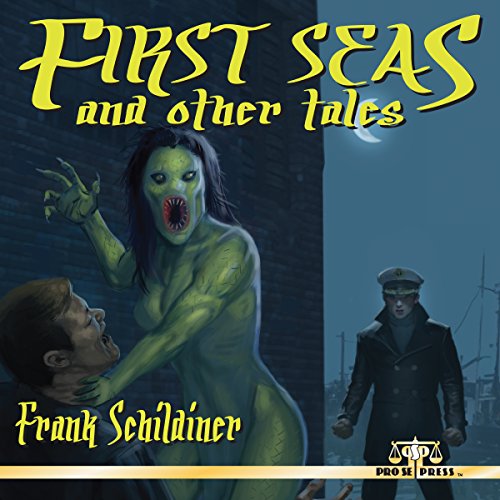 First Seas and Other Tales

Amazon best-selling author Frank Schildiner's collection of pulp tales breaks into new ground for this growing genre, telling tales of noble knights in the time of King Henry IV, a Roman nobleman fighting demons, and even a hero from France's legendary Hexagon Comics Universe taking on terrible monsters who seek to destroy the Earth. Giant scorpions, evil demons, and a bored bureaucrat dealing with fake witches and vampires from Alabama are just a few of the chills and thrills in Frank Schildiner's First Seas and Other Tales from Pro Se Productions.

These stories reminded me of Roger Zelazny. I would like to read more. It'd be cool if the author explored some of these characters further in full-length novels or anthologies. Narration was good.