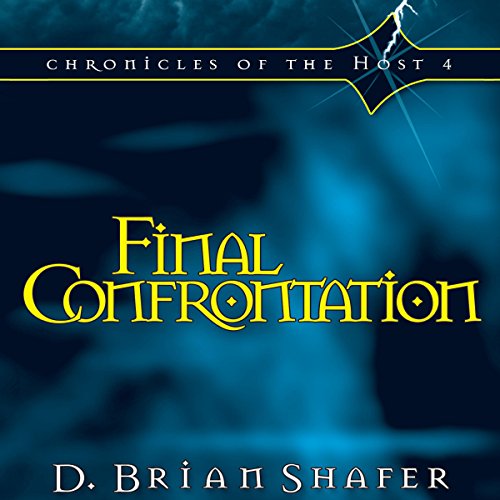 With the long-dreaded Seed of the woman delivered at Bethlehem, the prophecy of the Coming One has now been fulfilled. Lucifer realizes that any hope to win the war is slipping away and decides upon a desperate gamble - he will have to face the Son personally. With his demonic host to assist him, Lucifer makes plans to cut the Messiah down once and for all. Boasting that he will more than bruise His heel, Lucifer decides to destroy the Son from within his inner circle and sets his heart upon a dark plan that will end on the darkest day in history - or so he believes.

Set in and around Jerusalem, Final Confrontation describes the death match between light and darkness that reaches a brutal and bloody climax at Calvary.

the narrative really brings these books to life. the emotion that is heard from beginning to end is memorizing. I would highly recommend this series to all.

This was an excellent book showing the bible from a spiritual point of view. marvelous.

The series tracks the Bible in chronological events and even verbatim in some areas. The interesting part is how Mr. Shafer weaves the characters of Michael, Gabriel, Lucifer, other host and demons into the failings of mankind. We are taught that Lucifer, evil spirits and demons offer up ways to sin to mankind. Mr. Shafer creates tangible characters for evil; the ways he makes the evil characters interact with man to attempt to cause us to sin. How they make suggestions, get into our brains to try and convince us to commit sin. In the same manner, he showed how the characters of Michael, Gabriel and other hosts protect us from the evil. The ways they surround men like Moses, Noah and Jesus. It does make you want to say “hmmmm”.