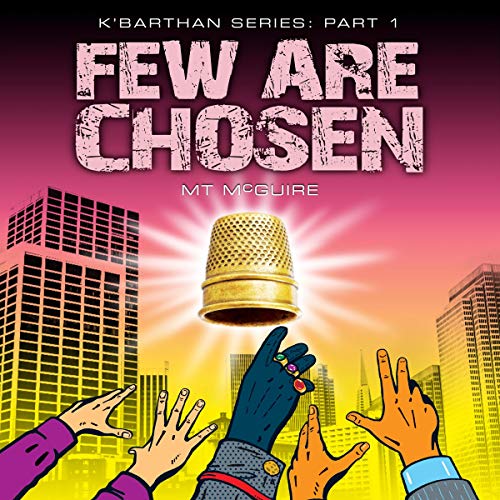 Meet The Pan of Hamgee: coward, unwilling adventurer and, by some miracle, K’Barth’s longest surviving outlaw. He just wants a quiet life so working as a getaway driver is probably a bad career move. Then he falls in love at first sight with a woman he hasn't even met who comes from an alternative reality. That’s when things really begin to get complicated.

Meet Ruth Cochrane: She’s the Chosen One, destined to play a pivotal role in saving K’Barth from a cruel dictator. She’s never heard of K’Barth, though. She’s a public relations executive from London and she’s totally unaware of the chaos about to hit her life.

Meet Lord Vernon: power hungry psychopath on the brink of world domination. He wants to cement his hold on K'Barth by kidnapping the Chosen One and forcing her to marry him. Only one person is standing in his way: someone who doesn’t even realize it, The Pan of Hamgee.

For The Pan, and Ruth, that’s a deadly problem.

A quick word with the author

Q - So, tell us about the K’Barthan Series. What made you write it? What makes it special?

A - Why did I write it? Well...you know they say that if a book you want to read hasn't been written, you must write it. That. I like to read quirky humour and it hadn't been written. I have always loved British satire and humor or humour. I love funny; funny epic fantasy series like Discworld, comedic sci fi like Douglas Adams. But I also like a bit of adventure and action; a gripping tale that zips along quickly. I wanted likeable characters, although the baddie is utterly vile but love to hate is just as good, right? I love misfit characters, the weirder and more colourful, the better. And of course, I like mashups; that's why I love Star Wars, because it's part sci-fi, part fantasy, part adventure, part coming-of-age...a dash of western, a squidge of romance. I wanted weird alien races, flying cars, car chases, static powered laser guns...and funny. Terry Pratchett meets Dr. Who, Douglas Adams meets James Bond.