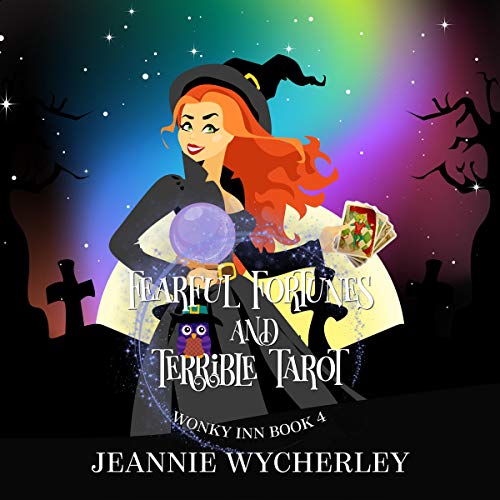 There’s a psychic fayre heading to Whittlecombe. Alf, the witch, didn’t see it coming. Perhaps, she should have done.

Whittle Inn is up and running and gaining in popularity. Proud owner Alfhild Daemonne can afford to relax, can’t she? Apparently not.

When her neighboring inn decides to host the southwest region’s largest ever Psychic and Holistic Convention, you’d think that would allow Alf the opportunity to make lots of new friends.

Think of it! Dozens and dozens of fortune tellers, mediums, diviners, psychics, rune-tellers, witch doctors, and even a voodoo priestess from New Orleans - all gathered together in one big field.

Alf is banned from attending the Fayre and looks set to miss out - until Wizard Shadowmender sends her on an undercover operation, that is. In the meantime, someone is sending Alf death threats and many of her friends in the village of Whittlecombe are subject to fearful fortune tellings and terrible Tarot readings at the Fayre.

It appears that dark forces are gathering in Whittlecombe.

Will Alf make it to her 31st birthday? And just who is it that wishes her harm?

Find out when you listen to the fourth book in Wonky Inn series today. Fearful Fortunes and Terrible Tarot is book four of the Wonky Inn series from Amazon UK best-selling author Jeannie Wycherley.