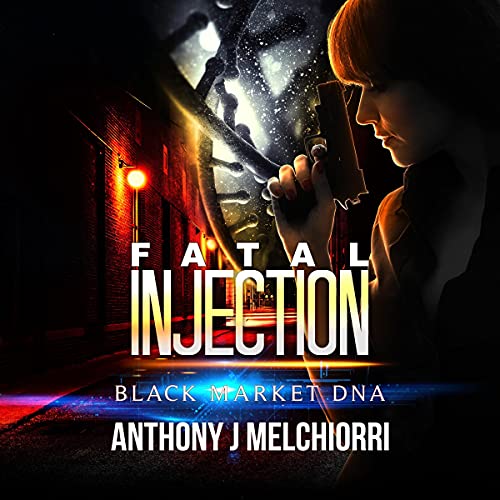 Baltimore’s streets are overrun with enhancers - people who inject themselves with illegally purchased genetic modifications to alter their bodies. While on patrol in a rough neighborhood, Officer Ana Dellaporta discovers the bullet-riddled corpse of an enhancer and suspects a case of typical gang violence. But when another enhancer is found terrorizing the locals, his body mutated by gene mods, Ana unearths an unsettling connection between him and the gunshot victim.

She must unravel a sinister plot involving missing persons, murder, and genetic experimentation. In the midst of the madness, one of Ana’s close friends goes missing. Now, it’s personal, and time is running out. She must uncover the gruesome truth before the trail goes cold and her friend becomes the next victim.

Fatal Injection is a prequel novella from the Black Market DNA series following Ana Dellaporta’s exploits as a Baltimore PD officer fighting biotech crime. While each book in this medical mystery-thriller series can be read as a stand alone, the chronological order is: Fatal Injection (A Novella), Enhancement (Book #1), Malignant (Book #2), and Variant (Book #3).

I read this novella in written form when it was first released, and just recently revisited it in audio form. The characters and plot are engaging and I really enjoyed the story. I appreciated the narrator's clarity and how she subtly adjusted her voice for other characters, but didn't go over-the-top as some other narrators do.