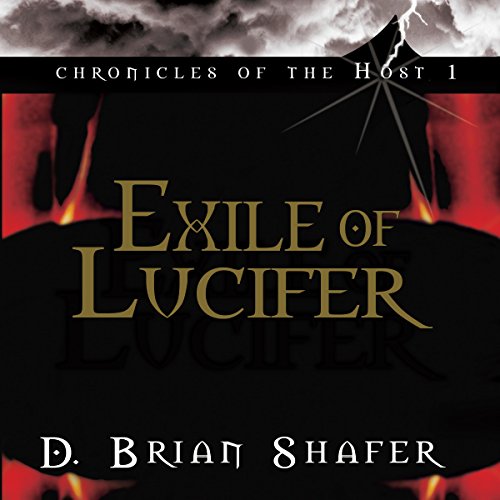 Lucifer, the anointed cherub, whose ministry in heaven is devoted to the worship of the Most High God, has become pessimistic about his prospects in heaven. Ambition inflamed, he looks to the soon-to-be-created Earth as a place where he can see his destiny realized. With a willing crew of equally ambitious angels, Lucifer creates a fifth-column of malcontents under the very throne of God. Hot on their heels, however, is a group of loyalists, led by Michael and Gabriel, who are suspicious of Lucifer's true motives. In detective style fashion, they slowly start to unmask the true nature of Lucifer's sordid plot.

Chronicles of the Host is a fantastic novel of the beginning of all things. Follow Lucifer's deceptive plans to rule over Earth and his inevitable fall from grace.

Would you listen to Exile of Lucifer again? Why?

I would love to listen to it again cuz the way its narrated feels super realistic, while listening you feel like its happening in front of you like a screenplay

If you could take any character from Exile of Lucifer out to dinner, who would it be and why?

I just loved listening to this audiobook and thanks audible for the amazing deals that you guys provide.

I've read the series in paperback & stories are excellent. The narration took some away from the audio version, but this book and the rest in the series are some of the very best in the genre. I will still get the rest on audio as they come out.

I was engrossed from beginning to end. This unique book feels right and paints a perfect picture of the fall! I can't wait to get into the next book!

the story is entertaining as well as inspirational. the author really put his best foot forward on this work

another interesting on the pre bible genre

narrator was OK. story was detailed on the inner workings of what led to Lucifer rebellion and downcast. very good story on the fall of Adam and Eve. Was not as explosive as another book , a two book on same genre...and that may be what made it unique and sometimes drawn out. overall 5 stars.

This story would come alive with the right narrator. Stuart sounds like he's reading a bedtime story to a child.

The book is awesome. Although it’s the author’s view of the fall, you can tell a lot of research was done.

The thing I liked most about this book is that you can relate scripture to it. The author did a very nice job of narrating. I will definitely be reading more of this author books as it pertains to Godly teachings.

Very interesting the author made a good narrative of his perspective of what could have happened.

This is not a story:(

A story need hero has Character Growth Arc! I have no idea who is the hero of this story. It is boring, sad, and stubborn. Come on!