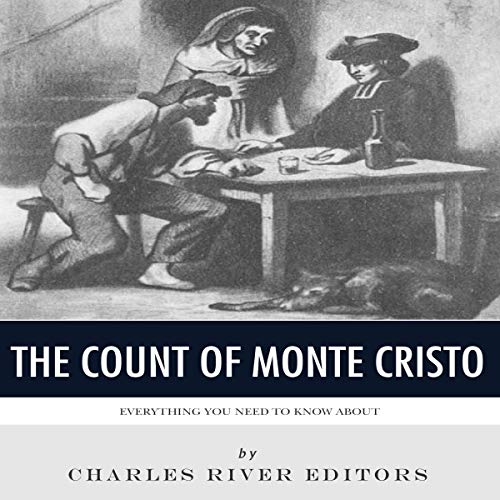 Everything You Need to Know About the Count of Monte Cristo

“I have once again found a man ready to hack at another's self-respect with a hatchet, but who cries out when his own is pricked with a pin.” (Alexandre Dumas, The Count of Monte Cristo)

Playwright, novelist, travel writer, journalist, entrepreneur - it is hard to place Alexandre Dumas in one category alone, as his genres almost always influence one another. But most scholars and critics agree he is clearly one of the greatest adventure novelists of all time. Responsible for such well-known titles as The Count of Monte Cristo, The Corsican Brothers, The Man in the Iron Mask, and perhaps one of the most iconic and recognizable novels ever written, The Three Musketeers, the name Dumas has become synonymous with stories of drama, adventure, travel, and intrigue featuring exceptional characters, exotic locales, and fascinating journeys, both literal and figurative. His works have engaged readers all over the world and have been printed in more than 100 languages.

The Count of Monte Cristo is now a staple of Western classrooms and has been made into many movies. The epic tale takes place in France, Italy, the Mediterranean Islands, and the Levant from 1815 to 1838, spanning a generation of characters and growth. The book’s protagonist, Edmund Dantès, is one of the most famous characters in literature, and the story follows him as he runs the gamut of emotions. Even today, the story’s themes of hope, justice, vengeance, and mercy fascinate people of all ages.

The Count of Monte Cristo is entertaining for adults but also accessible for children, which is why so many schools assign it as reading. Of course, the novel is as lengthy as it is great, so it’s hard to remember all the important stuff. Everything You Need to Know About the Count of Monte Cristo is a comprehensive guide that provides a synopsis, a description of the characters, and a summary and analysis of every chapter. You can use this as a guide while you read or as a way to brush up on everything you once knew and have since forgotten.