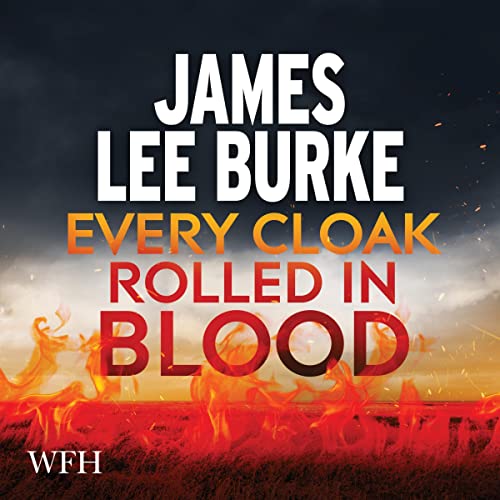 Every Cloak Rolled in Blood

In his most autobiographical novel to date, James Lee Burke continues the epic Holland family saga with a writer grieving the death of his daughter while battling earthly and supernatural outlaws.

Novelist Aaron Holland Broussard is shattered when his daughter Fannie Mae dies suddenly. As he tries to honour her memory by saving two young men from a life of crime amid their opioid-ravaged community, he is drawn into a network of villainy that includes a violent former Klansman, a far-from-holy minister, a biker club posing as evangelicals and a murderer who has been hiding in plain sight.

Aaron's only ally is state police officer Ruby Spotted Horse, a no-nonsense woman who harbours some powerful secrets in her cellar. Despite the air of mystery surrounding her, Ruby is the only one Aaron can trust. That is, until the ghost of Fannie Mae shows up, guiding her father through a tangled web of the present and past and helping him vanquish his foes from both this world and the next.

Drawn from James Lee Burke's own life experiences, Every Cloak Rolled in Blood is a devastating exploration of the nature of good and evil and a deeply moving story about the power of love and family.