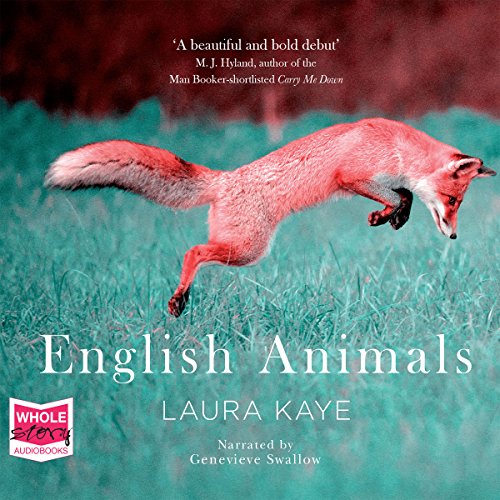 When Mirka gets a job in a country house in England, she has no idea of the struggle she faces to make sense of a very English couple and a way of life entirely alien to her. Richard and Sophie are chaotic, drunken, frequently outrageous but also warm, generous and kind, despite their turbulent marriage. After a traumatic break two years ago with her family in Slovakia, Mirka finds she is happy at Fairmont Hall. But when she tells Sophie that she is gay, everything she values is put in danger, and she learns what she really believes in - the hard way.

"It's a long time since I've enjoyed any debut novel as much as English Animals.... I am sure it will win several prizes." (Amanda Craig)
"A beautiful and bold debut." (M. J. Hyland, author of the Man Booker-short-listed Carry Me Down)