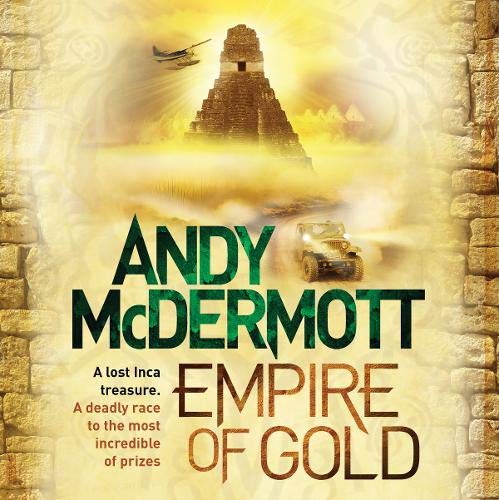 Nina Wilde and Eddie Chase are back for their seventh blockbusting adventure by the best-selling author of The Hunt for Atlantis, Andy McDermott.

When archaeologist Nina Wilde and her husband, ex-SAS soldier Eddie Chase, are given the chance to work on an Interpol investigation into smuggled artefacts, they are stunned to realise that the artefacts hold clues to the location of a lost Inca settlement hidden somewhere in South America.

As Nina and Eddie dig deeper, it soon becomes clear that finding the settlement may only be the start of their incredible quest. One which, astonishingly, may lead them to one of the greatest legends of all time: El Dorado - the mythical city of gold.

Nina and Eddie are desperate to locate the fabled city. But they are not alone in their search. Deep in the jungles of Venezuela, they face corrupt soldiers, murderous revolutionaries and ruthless drug lords who will stop at nothing to obtain the city's treasures.

With so much at stake, what price will they pay for the greatest of fortunes?