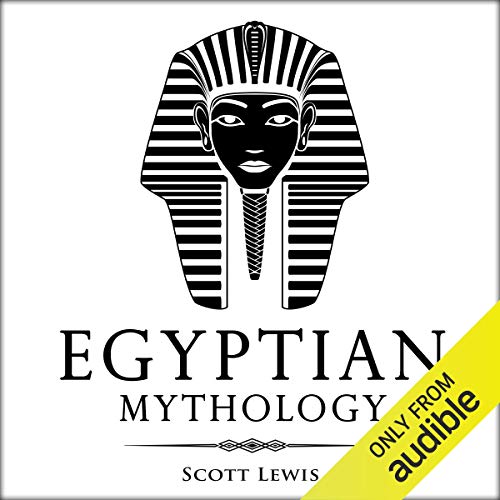 Do you know that the ancient Egyptians believed that people were made out of clay by their river god?

For eons, the wisdom cultivated by the Egyptian people has been extolled time and time again. These timeless myths are fountains of insight and, many would argue, beacons of light that can shatter the darkness of ignorance. For those of you that are ready and willing to receive these ancient messages, your time has come. All you need to do is start listening. Then the wisdom of Thoth will begin to stir inside you.

Some of the stories that you will find in this book are:

Every story has been formatted to create a clear and concise retelling for all of those who are not already familiar with the lore of ancient Egyptian culture!

the story is ok I guess, though it repeats itself often and gets incredibly cheesy. DEFINITELY not an accurate source for learning egyptian myths. More like a fiction novel inspired by the myths rather than an accurate telling. Not to mention completely made up ideas. Just one of many irritations in this book; the myth of Osiris's death was almost indistinguishable from any telling of it (i kid you not, the author has Set and Osiris get into a fist fight!!!) Overall, don't buy unless you want to waste money on what is essentially fanfiction.

After years of study into the Egyptian myths and countless stories and segments of stories, hearing these spoken with passion and joy brought many of the Gods and stories to life in ways I have longer for. It is approachable, fun, and full of wisdom for those that seek it.

I initially purchased this book in order to know more about Egyptian mythology and the core values of their belief systems. This book falls short. While it provides several stories, it doesn't provide context for the tales or place the tales within the larger Egyptian context or society. The narration is a bit dry and lacks nuance.

it's an amazing book. The stories are detailed, but not too long. The beginning is a bit slow, but interesting nevertheless. 5/5

This book provided answers to my questions.Am pleased with the introduction as well as the detailed stories narrated in the book. it wouldn't have been easy for me to go through the book without this audio book . it actually saved my time on the book and helped me go through the book even in my most busy schedule . I would recommend this book

I wanted to like this. I gave it nine chapters.

So the narrator is great but the issue I'm having is the actual narrative structure. I'm in Advent mythology fan and I know that mythology has different variations of every story. these are different locations that have similar or the same characters in different or slightly different situations. That's what makes them interesting This story comes off as if it is the definitive version of how Egyptian mythology went through the stories.

It's not I have read three or four different versions of the stories they're telling for example the story of the fight between Horus and Set. This version didn't include any other major battles it didn't include the variations where Neath was involved or other deities or the lettuce incident or the attempted assault. I get wanting to keep that sort of thing out of a kid's safe version of the story but the way you present mythology changes the way people see the mythology.

If someone without my background was reading this they would think they knew The Egyptian mythology stories.

I listened to this after finishing Norse Mythology by Neil Gaiman and it turned up in my recommendations. As interesting as Egyptian mythology may be, i found it difficult to enjoy the same way as the previously mentioned book. This book is good for facts and information, but not as much if you're looking for a whole experience.

Great book full of many wonderful stories told by a narrator who brings a spark of joy to the readings. It’s very easy to read ancient history books in the same dull monotone voice. But Mr. Hunt really helps bring the old stories to life.
Would recommend reading this book if your new to Egyptian Mythology, or if you would like a nice refresher course.

listen to it over and over