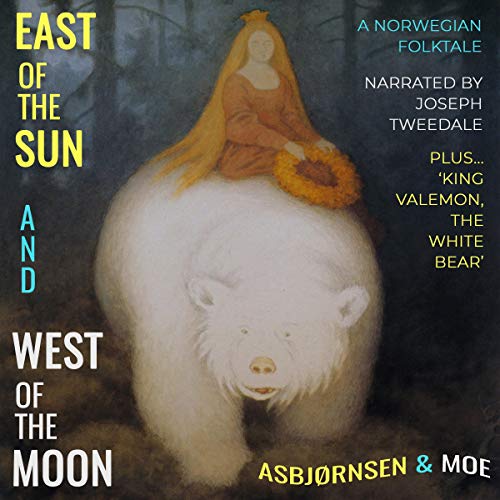 East of the Sun and West of the Moon

“A great white bear waits outside, and he has promised to make us rich if he can only have our youngest daughter.”

Often called the Scandinavian "Beauty and the Beast", this Norwegian folktale follows the journey of the youngest daughter of a peasant, who - for the sake of her poor but large family - agrees to leave everything she has ever known and accompany a white bear to his mountain castle.

After discovering the white bear’s true identity, she seeks to rescue him from a forced marriage to a troll princess. Her search leads her to the homes of the Four Winds, who may be her only hope in locating where her beloved now resides - in a castle which lies east of the Sun and west of the Moon.

This book also contains "King Valemon, the White Bear", another search-for-the-lost-husband variant from Asbjørnsen and Moe’s collection of Norwegian folktales. [Folklore Type: The Search for the Lost Husband - the Animal as Bridegroom]

I've been looking for this fairytale for a long time, and the reading is excellent. Two big thumbs up.