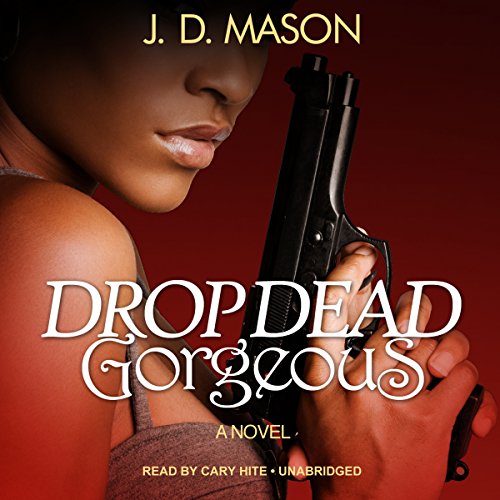 Lonnie Adebayo, best friend to Desdimona Green, is a walking, talking billboard for the old adage “You can’t keep a good woman down.” But Jordan Gatewood has done so much more than just try to keep her down. He made a huge mistake when he put his hands on her, thinking that he could get away with it - but he made an even bigger mistake by not making sure she was dead before he left that house. Finding Jordan’s secret half-brother is just the beginning of Lonnie’s plot for revenge.

I bought this book in hopes that I could change my mind about this author and all I can say is that I will not buy another book by JD Mason. The story started off introducing too many people, so all through the story your like ummmm who is doing what to whom damn I'm lost so let me go back and listen again so I can get it whats going on. NO INDEED THIS IS NOT AN AUTHOR FOR ME.

the series was pretty good I find that it was slower than normal, but I will finish it.

great book it had me on the edge. I hope Lonni didn't really die this time.

Would you try another book from J. D. Mason and/or Cary Hite?

Yes I would read another book by J.D Mason but not with Cary Hite. Cary Hite is boring and dry. He lacks emotion and I don't like him reading for women.

What was most disappointing about J. D. Mason’s story?

It was a little redundant. He just kept recapping from the first book. This one was long and drawn out. It story just keeps dragging on it could have been only one book. A part 2 was not needed.

He was boring and lacked emotion a lot of times.

What character would you cut from Drop Dead, Gorgeous?

They were all boring. I really enjoyed the first book. There was no need for a part 2

A Little Long and Drawn Out

It is a good story. But moved a bit slowly. Does keep your interest enough for you to want to know how the story ends....but is kinda a let down at the way it ends.

Not really a romance. The story is full of stereotypes. Waited a long time for the story to start.

The plot kept me interested. I loved the way the author developed each character. It made the story even more personal and created a stronger connection between the reader and the characters. Emotions of various characters were also readily conveyed. I appreciated how I could visualize what was happening. My only problem was the ending as I thought there would be an elaboration on the "great Loni". Other than that, it was a good read.

Cary Hire came through as always putting life into these boring characters. Lonnie could have stayed dead because this book had little to no substance. Hard to push through, I'm going to pass on the last book

You won’t regret this one. Also, it makes perfect sense why book none ended the way it did. Must read

this one did not end as well as the first in my humble opinion, well on to #3