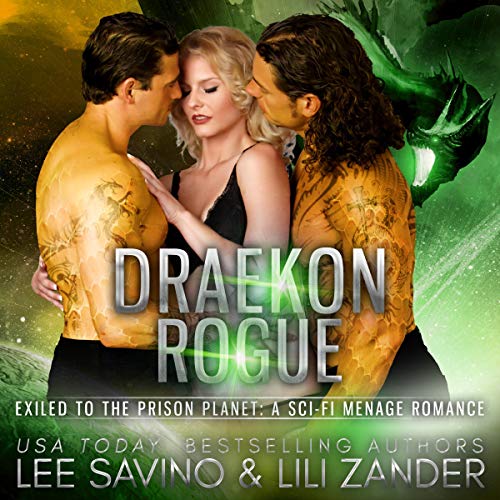 I'm caught between two alien warriors, sworn enemies intent on destroying each other. The one thing they agree on: I’m their mate.

The prison planet is a dumpster fire. War is coming.

The Draekons are on high-alert. I’m freaking out. The Zorahn soldiers are looking for the nine human women that crash-landed on the prison planet, and whether we like it or not, they intend to send us back home.

Then I get captured by two hot hunky alien warriors....

Cax, leader of the fabled lost city of the Draekons.

Hurux, the commander who wants to send me back to Earth.

And they’re my new mates.

This isn’t a fairy tale romance. This is a disaster.

Draekon Rogue is the seventh book in the Dragons in Exile series. It’s a full-length, stand-alone science fiction dragon-shifter MFM menage romance story featuring a very spunky human, and two sexy aliens who try their hardest to resist her. No M/M) Happily-ever-after guaranteed!

This story wrapped up this part of the adventure. Lots of pieces tied together. Looking forward to the next three books/audios. Great narration, great characters.

*No Spoilers* I loved this book. The story captured me at the very beginning and I loved it all the way through. If you need a distraction from life, this is the book to read!