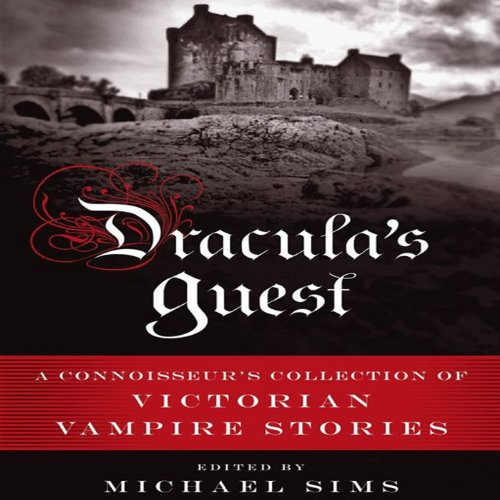 Michael Sims brings together the very best vampire stories of the Victorian era - from England, America, France, Germany, Transylvania, and even Japan - into a unique collection that highlights their cultural variety. Beginning with the supposedly true accounts that captivated Byron and Shelley, the stories range from Edgar Allan Poe's "The Oval Portrait" and Sheridan Le Fanu's "Carmilla" to Guy de Maupassant's "The Horla" and Mary Elizabeth Braddon's "Good Lady Ducayne". Sims also includes a 19th-century travel tour of Transylvanian superstitions, and rounds out the collection with Stoker's own "Dracula's Guest" - a chapter omitted from his landmark novel.

Vampires captivated the Victorians, as Sims reveals in his insightful introduction: In 1867, Karl Marx described capitalism as "dead labor, which, vampire-like, lives only by sucking living labor"; while in 1888 a London newspaper invoked vampires in trying to explain Jack the Ripper's predations. At a time when vampires have been re-created in a modern context, Dracula's Guest will remind readers young, old, and in between of why the undead won't let go of our imagination. Readers of Dracula's Guest may also enjoy Michael Sims' most recent collection, The Dead Witness: A Connossieur's Collection of Victorian Detective Stories.

Well read stories... duplicate stories if you have the vampire chronicles collection

Worth the duplicate read since this book gives memorable performances. Still... note that if you have the vampire mega collection that is available on audible, these stories are all contained in that collection also.