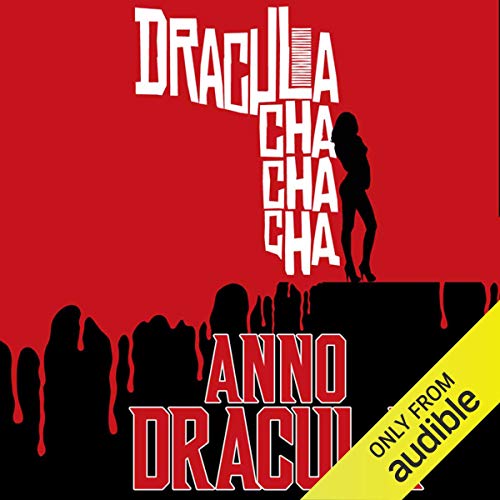 Rome 1959. Along the Via Veneto, the living and the dead enjoy la dolce vita, as the vampires, intellectuals, conspirators, jet-setters and swindlers of Europe gather in an endless round of indulgence and gaiety, dancing giddily to the music of the Dracula Cha Cha Cha. The Vampire King, in Italian exile, is to be married to a Moldavian princess, and rumours circulate that his wedding will be the first move in a campaign to return him to his position as Lord of the Undead and a power in the world. In the eternal city, three corpses in the Fontana di Trevi lead three vampire women towards the destinies of their hearts. A flamboyant murderer stalks the elder vampires of the city, perhaps intent on wrecking the Royal Marriage; an undead British secret agent with a license to kill is swept up in a titanic conflict with the supernatural agents of Smersh; a living American opportunist sees a way of surviving as a parasite upon the dead; and a creature older even than Count Dracula is awakened to decide the fates of lovers and monsters. From the author of Anno Dracula and The Bloody Red Baron comes this novel of horror and mystery, romance and intrigue.

Good with hints of greatness

While I personally find the two previous entries more interesting and creative, Dracula Cha Cha Cha, the third book in the Anno Dracula series, features some of Newman’s most affective writing ever. Two passages in particular deserve mentioning: (spoilers) one involving the death of a deeply beloved and decent character. The other is a description of a very familiar priest and the goodness and hope that seemingly radiates off of him. It’s genuinely powerful and enough to cause a sniffle or two. Both passages seem to come from a very deep and emotional place in the author and it makes for incredible reading. Another aspect of this chapter of the series that deserves praise is the voice performance of William Gaminara. He really seems to have grown into the roles and imbues the characters with distinctive personalities. It’s no wonder he’s as beloved in the AD fandom as Roy Dotrice was to the Game of Thrones readership. In conclusion, it’s not as compelling as the first two but the original and fun setting, voice performance, and some of the finest work Kim Newman’s ever written definitely makes it worth checking out.

Don't let the title fool you

Good for fans of the series...

If you enjoy the formula of Kim Newman’s Anno Dracula series, you’ll enjoy this one too. Lots of cameos from other film, fictional, and historical sources makes for an amusing side game to play in your head as you listen. The story itself isn’t as epic as the previous two, but still held my attention. William Gaminara deserves points for a difficult technical performance, having to narrate characters that speak in multiple different accents. It was a little strange having three female lead characters (with three different accents) read in a male voice. No disrespect to Mr. Gaminara, but I think a female voice may have been a more natural fit for this novel.

Wow, what a compelling story.

I can’t get enough of this series. The characters are so full, so rich, so complex and endearing. Each of them is revealed so elegantly in their nature. If you’re looking for a great reason to sacrifice sleep or doing anything else-this is the book for you.

a fun romp with the characters from anno Dracula... i know its not the last book in the series but if it did end here it would be a solid end. it was nice to revisit the people there and im curious to see where the next book may lead.

you're a film buff, a late 50s culture devotee, or a fan of Kim Newman's vampires.

And Hamish Bond's Scottish accent is way too broad...almost all the American accents are the same, but given what so many of us do to British accents, perhaps it's all we deserve....

A reviewer described this as La Dolce Vita with vampires. It's so true. Watch the movie if you haven't seen it, then dive in. Add in a high profile (undead) superspy and a two huge twists to the mystery at hand (which I won't give away), and what you've got is a worthy addition to the Anno Dracula line. As with the first two, the more you know about the Wold Newton Universe (go ahead, look it up) or all of the classic / bad / classically bad books or movies you can think of, the better and better it gets. The internet makes it easy to get lost in all of the popular and obscure pop culture references, and the story is fun on every level of knowledge about it.

The caveat I have with this, and the same goes with the previous books... the audio version doesn't have the backup story. Listen to the audio, but pick up the print copy. You'll be glad you did because the backup tale is about a third as long as the original tale in each case.