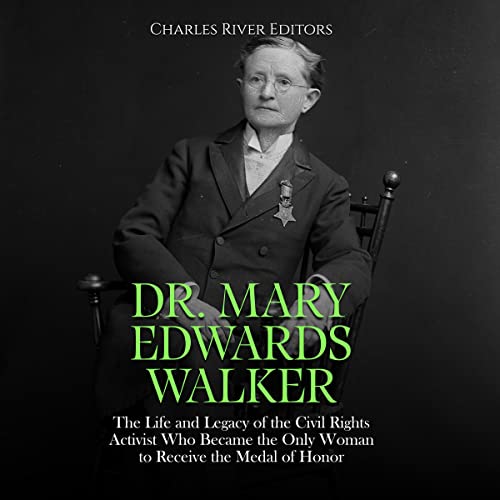 During the last 100 years, Susan B. Anthony has been one of the most venerated women in American history. 80 years before that, she was one of the most hated women in American history. Today, of course, every American is taught about their nation’s most famous suffragist, who tirelessly advocated and lobbied for women to be granted the right to vote. But while Anthony is best remembered today for working towards women’s suffrage with other women like Elizabeth Cady Stanton, she was an active and progressive advocate for all of the leading human rights issues of her time.

In the process of becoming one of the most famous Americans of her era, Anthony’s legacy has overshadowed many of her contemporaries who were also active in the fight for civil rights. Among them, few led as interesting or progressive a life as Dr. Mary Edwards Walker, who grew up in a family that encouraged every kind of pursuit for girls and provided an educational foundation that would propel Walker in many fields. In addition to becoming a surgeon, Walker and her family eschewed conventional dress styles in favor of being comfortable, doing so in an era that ensured she would be ridiculed for it. Undeterred, Walker’s work took her across enemy lines during the Civil War, leading to her arrest in the South and to her recognition as one of only eight civilians in American history to be awarded the Medal of Honor for rendering "valuable service to the Government, and her efforts have been earnest and untiring in a variety of ways".

Although her legacy has not endured quite as much as some of the other activists who fought for civil rights in the late 19th century, she has been remembered and celebrated in the past few decades, including the unveiling of a giant statue of her in her hometown of Oswego, New York. She has also been commemorated with a stamp, and in the near future, a US Army fort may be named after her in recognition of her service during the Civil War.