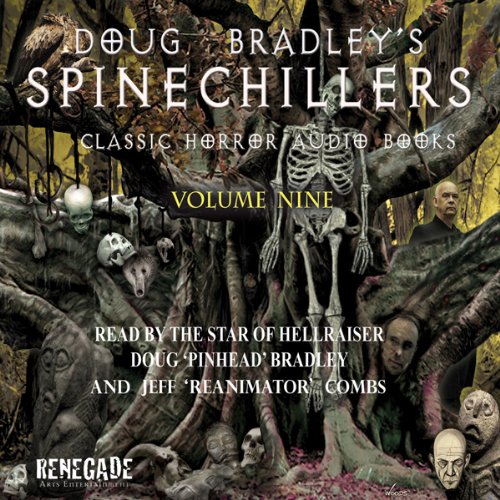 Volume 9 launches with "The Ash Tree", M. R. James' insight into an enigmatic woman and her rituals around this mysterious tree. A condemned man and over zealous executioners generate shocking results, in Arthur Conan Doyle's "The Los Amigos Fiasco". An immoral wager leads to terror when the dead rise in Ambrose Bierce's "A Watcher by the Dead". Lovecraft takes us exploring through a lost world of ancient evil in "The Nameless City". M. Valdemar may be living longer than he bargained for in Edgar Allan Poe's "The Facts in the Case of M. Valdemar". H. P. Lovecraft returns with Jeff Combs at the reading helm in "Herbert West: Reanimator, Part 2 - The Plague Daemon". And Edgar Allan Poe concludes Volume Nine with the classic poem "Alone".

This audio book is a continuation of the previous volume’s success.
Amazing stories from well-known authors are combined into this Halloween treat for the ears. The narrator was perfectly chosen to create an eerie nature. This effect is further enhanced by subtle sound effects and chilling music that match the events of the story. This audio book is was worth every penny, and will made any October feel more festive.