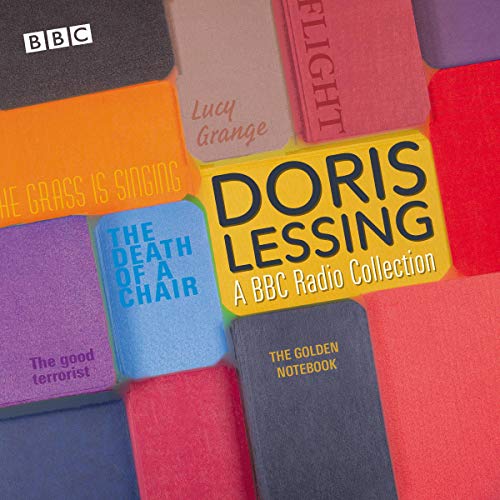 Dramatisations and readings of novels and short stories by Nobel laureate Doris Lessing - plus a bonus documentary, 'Open Book', examining her life and career.

One of the most celebrated and important authors of the 20th century, Doris Lessing was awarded a Nobel Prize for the ‘visionary power’ of her fiction, which spans a variety of genres and explores themes such as racism, feminism and social and political upheaval. This collection includes the radio productions of three of her acclaimed novels and four short stories, as well as a fascinating discussion of her life and work.

'The Good Terrorist' - Olivia Vinall stars in this adaptation of Doris Lessing’s satire of incompetent revolutionaries in a London squat.

'Lucy Grange' - Exiled from the sophistication of her homeland, stylish Lucy seeks solace and comfort and learns 'to accept the second-rate'. Read by Estelle Kohler.

'The Grass Is Singing' - In this powerful exploration of racial politics in 1940s Rhodesia, adapted from Doris Lessing’s first novel, a white woman’s troubled relationship with her black houseboy comes to a violent end. Starring Alison Pettit and Tracy-Ann Oberman.

'Flight' - A laughing, teasing granddaughter and a dovecote full of strutting birds are an old man's only escape from his cold family home. Read by Jack Klaff.

'The Death of a Chair' - A lived-in chair is bought at auction, where it begins its final journey towards discovery and destruction. Read by Barbara Marten.