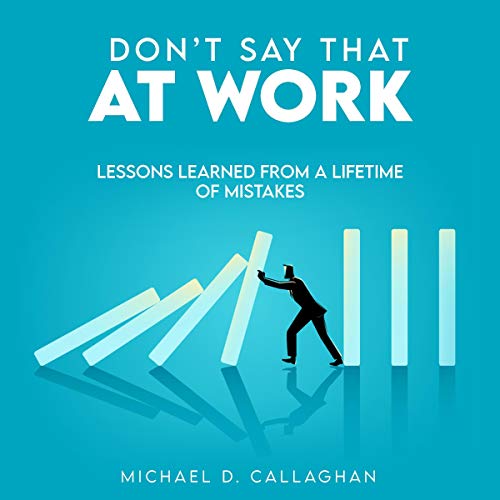 Don't Say That at Work

An eye-opening guide to the communication mistakes we all make and what to say instead.

We have all been there. We all make mistakes. We all suffer from a lapse in good judgment from time to time. Sometimes these mistakes are a one-off, but when made repeatedly can lead to a domino effect of problems. When that happens, it can be hard to recover.

The important thing, as professionals, is that we learn from our mistakes and hopefully do not make the same ones again, thus stopping the dominoes before they all fall.

I've been making the mistakes contained in this book for almost three decades as a professional software developer. I was fired from on my first jobs for being too arrogant and also asking too many questions. I once nearly lost my job because I knew better than my leadership. One mistake even nearly got me arrested!

All these stories and more are in this book.

Had I never learned from these mistakes, they probably would have been the end of my career. Fortunately, we humans are good at learning from experience. This book is your chance to learn from mine, and hopefully have a good laugh at my expense from time to time. In fact, I hope you do laugh. I often look back, chuckle, and wonder what had possessed me to say something.

Why did you create this book?

The idea of the book came about in response to a few tweets and a couple of blog posts about spelling, grammar, treating others with respect, and what happens when you fail spectacularly. Someone finally commented that I should consolidate all my stories and advice into one place. Don't Say That at Work was born.

Are you concerned about retaliation for any of the stories?

First of all, most of the stories are about things I did, which were entirely my own fault.

That said, I have taken care not to reveal the identities of any individuals I describe in the book.