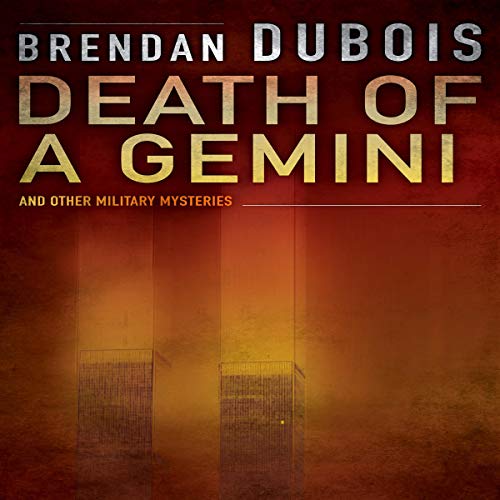 Death of a Gemini

"Ten stories, two each from EQMM and AHMM, are highly varied apart from the common military connection, some bordering on science fiction, treating various periods, wars, and branches of services. One of the best short-story writers around, DuBois has a faultless touch." (Jon L. Breen, Ellery Queen's Mystery Magazine)

"...Brendan DuBois is one of the two or three finest short story writers of my time." (Ed Gorman, Mystery editor and author)

"To say that Brendan DuBois writes thrillers is equivalent to saying that Faberge was pretty good at decorating eggs." (Crippen & Landru Publishers)

Award-winning mystery author Brendan DuBois has gathered 10 of his short stories that revolve around mysteries involving the military and the men and women who serve. Included in this mysterious collection are:

Brendan DuBois of New Hampshire is the award-winning author of 12 novels and more than 110 short stories. His latest novel, Deadly Cove, was published in July 2011 by St. Martin's Press.

His short fiction has appeared in Playboy, Ellery Queen’s Mystery Magazine, Alfred Hitchcock’s Mystery Magazine, The Magazine of Fantasy & Science Fiction, and numerous other magazines and anthologies including The Best American Mystery Stories of the Century, published in 2000 by Houghton-Mifflin. Another one of his short stories appeared in The Year's Best Science Fiction 22nd Annual Collection (St. Martin's Griffin, 2005) edited by Gardner Dozois.

His short stories have twice won him the Shamus Award from the Private Eye Writers of America, and have also earned him three Edgar Allan Poe Award nominations from the Mystery Writers of America. Visit his website at www.BrendanDuBois.com.