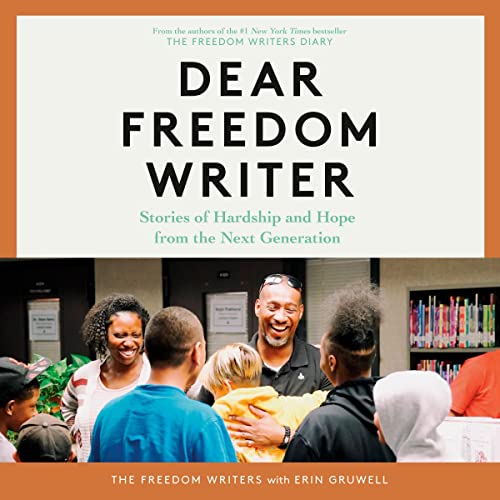 The students of today tell their stories of adversity and growth in letters to the original Freedom Writers - authors of the number one New York Times best seller The Freedom Writers Diary - who write supportive and powerful letters in response.

Over 20 years ago, the students in first-year teacher Erin Gruwell’s high school class in Long Beach, California, were labeled “unteachable” - but she saw past that. Instead of treating them as scores on a test, she understood that each of them had a unique story to tell. Inspired by books like Anne Frank’s diary, her students began writing their own diaries, eventually dubbing themselves the Freedom Writers. Together, they co-authored The Freedom Writers Diary, which launched a movement that remains incredibly relevant and impactful today. Their stories speak to young people who feel as if those around them do not care about their lives, their feelings, and their struggles. They want to be heard; they want to be seen.

In Dear Freedom Writer, the next generation of Freedom Writers shares its struggles with abuse, racism, discrimination, poverty, mental health, imposed borders, LGBTQIA+ identity, and police violence. Each story is answered with a letter of advice from an original Freedom Writer. With empathy and honesty, they address these young people not with the platitudes of a politician or a celebrity, but with the pragmatic advice of people who have dealt with these same issues and come out on the other side.

Through its eye-opening and inspiring stories, Dear Freedom Writer paints an unflinchingly honest portrait of today’s youth and offers a powerful message of perseverance, understanding, and hope.

"Powerful and inspiring . . . [The] original Freedom Writers from Wilson High answer the letters of the next generation of students with honesty and refreshing candor and insight.”—Press-Telegram

“[A] moving follow-up to 1999’s The Freedom Writers Diary . . . Shot through with stories of violence, loss, and redemption, this is a raw and emotional snapshot of growing up during a global pandemic.”—Publishers Weekly