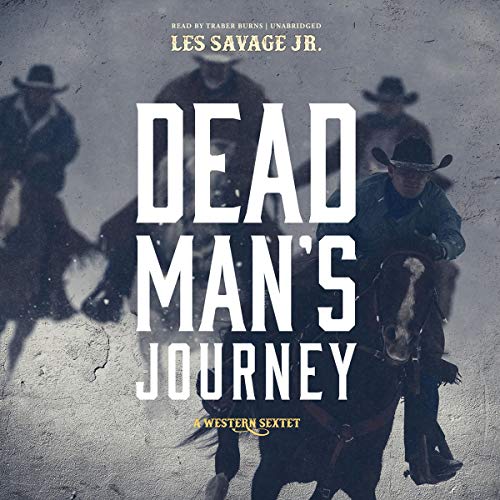 "The Wagon Warrior" opens this collection of six Les Savage Jr. stories. In it, David Brooke, a hunter for freight caravans, finds himself shackled in a wagon because he had been raised by the Cheyennes, and they are being blamed for the attack on an earlier supply train.

In "The Man Who Tamed Tombstone", singer Kate Lawrence and Eddie Hammer, her manager, arrive in Tombstone for a series of concerts. They find themselves in danger as a power struggle between Sheriff Nevis, supported by Odds Argyle and the Allen Street bunch, and Marshal Graham plays out.

Blackie Barr in "Bullets and Bullwhips" was blackballed by the freighting companies when his caravan burned three years ago, killing five men. Barr is given a second chance by Pop Trevers whose future depends on making good on a government contract.

In "Owlhoot Maverick", Johnny Peters is out to avenge the death of his father, the outlaw Concho Peters. Things become confusing for the young man when the very man he seeks saves his life, and then offers him a job on a cattle drive.

In "Bullets Bar This Trail", Hal Wells had joined Tracy Bannerman in his detective agency, believing they could make it big. The woman Wells loves, Carol Hastings, also has big dreams. As the three race to Butte with $40,000 in cash to exercise the option on the Golden Ace mine for their client, Bannerman becomes suspicious about the intentions of the two.

In "Dead Man's Journey", when Henry Jordon, the man who had grub-staked Ray Bandelier, a former actor, is shot in his Sacramento office, Bandelier is suspected. An admirer of his acting, Louis Calvert, provides him cover by sneaking him out of town with his acting troupe. The ruse works, but the troupe soon finds themselves the target of Reboe Ayers and his gang.