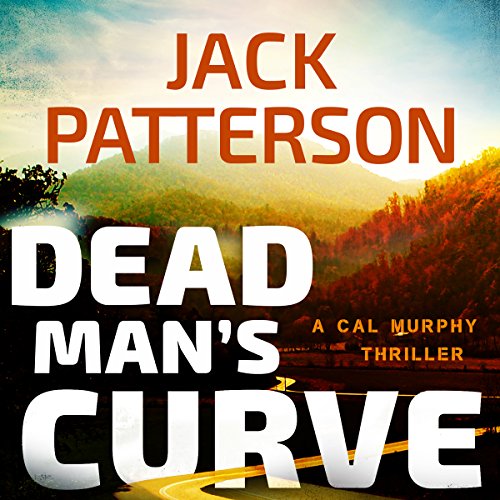 Sometimes the rumors are true ....

In the hills of Kentucky, the people of Millersville lead a charmed life thanks to the city's biggest employer, Lee Creek Distilleries, and its sly CEO, Wilfred Lee. Until the one night things go sideways, and the town's favorite son, Kentucky basketball recruit Josh Hood, becomes a prime murder suspect.

When Atlanta reporter Cal Murphy and his wife, Kelly, make a stop in Millersville as a favor to a family friend to find out what's really going on, the powers that be frown on the attention. It doesn't take long before Cal and Kelly rile up the town and its corrupt law enforcement - and they find themselves fighting for their lives and livelihood in the pursuit of not only the truth but justice.

Dead Man's Curve is my first Jack Patterson novel. It is also Book 5 in the journalist Cal Murphy series. The book is about human sex slavery and basketball in Kentucky. The novel is much better than I expected. Narration is stellar.

As I wait the summer releases form the big name espionage thriller writers I'm sampling other books. Dead Man's Curve is one of them.

Small town corruption is rampant in this tale. One cover up after another, and nothing is off limits. Good twist ending. I voluntarily listened to a free copy of this and am giving an honest review. The narrator did a good job bringing it to life.

Held my attention throughout.

Cal Murphy and his wife as a favor stop at this small town that is corrupt beyond words. He gets more than a story and seeing what is going on and being run by a monster. Given audio for my voluntary review

Yes, I would recommend this audiobook to a friend. It was an interesting mystery. It keeps one guessing.

What other book might you compare Dead Man's Curve to and why?

Some of the books by Harlan Corbin are about basketball or have references to it. I like those books and therefore I found this book enjoyable.

Great voice and easy to understand.

A little preachy and I don't mean that in a religious way. Not a problem and not wrong or offensive, just a little long.