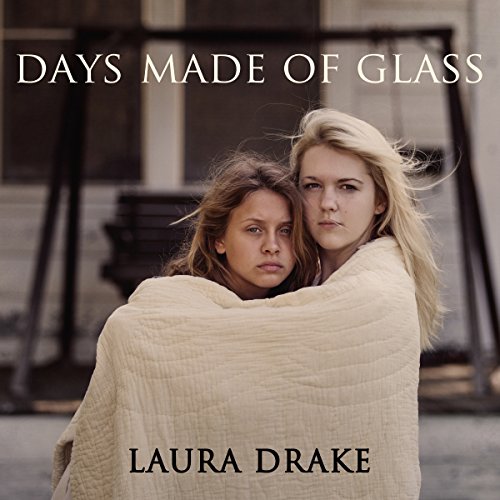 Days Made of Glass

Shared blood defines a family, but spilled blood can too.

Harlie Cooper raised her sister, Angel, even before their mother died. When their guardian is killed in a fire, rather than be separated by Social Services, they run. Life in off the grid in LA isn't easy, but worse, there's something wrong with Angel.

Harlie walks in to find their apartment scattered with shattered and glass and Angel, a bloody rag doll in a corner. The doctor orders institutionalization in a state facility. Harlie's not leaving her sister in that human warehouse. But something better takes money. Lots of it.

When a rep from the Pro Bull Riding Circuit suggests she train as a bullfighter, rescuing downed cowboys from their rampaging charges, she can't let the fact that she'd be the first woman to attempt this stop her. Angel is depending on her.

It's not just the danger and taking on a man's career that challenges Harlie. She must learn to trust - her partner and herself, and learn to let go of what's not hers to save.

A story of family and friendship, trust, and truth.

In her heartfelt sibling drama Days Made of Glass, Laura Drake drops us into the world of Professional Bull Fighting, a world I previously knew little about. I now want to share time with those cowboys, hear their stories, and ingest their energy, as Harlie learns to do- and in doing so, enables herself to care for her little sister. This inspirational page-turner deals with family and friendship, both found where least expected.

I typically only read detective novels. And after dating the dad of a bullrider and a bucking bull breeder for the past six years--I'm more than a little "over" the rodeo scene. So normally, I would pass by this book in a flash. but I was intrigued by the title and the description of the book. it looked like it was more about a relationship with a sister and about broken families, broken hearts and broken glass. I took the chance and bought the audiobook. I am soooo glad I did! This isn't the typical female fluff stuff. Laura Drake digs pretty deep on the relationships between Harley and her sister...but also with Harley and the people of the rodeo world. We watch Harley struggle to trust and build the relationships necessary to be a good bullfighter--and we wait with anticipation to see Harley realize that these relationships aren't just necessary for her career, but for her soul. Drake does a great job accurately portraying what goes on in the rodeo world at events. she also accurately describes the feeling of family and inclusiveness that makes up the rodeo community. I also like how the "glass" theme is represented throughout the book--both in a physical sense and also in the sense that it describes Angel's and Harley's fragilities. And just as a side note--my boyfriend's son Pistol Robinson was one of the first PBR riders disqualified for taking too much time in the chutes after that rule to was instituted. He was disqualified a couple times for taking too long. So it wasn't just a Brazilian thing! :)