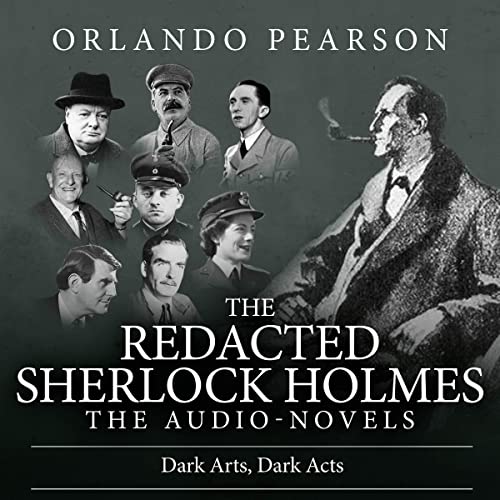 It has taken over 80 years, but at long last, the British government’s embargo on reporting this slice of diplomatic history has been lifted.

It was in November 1940 that a senior minister at the British foreign office in blacked-out London commissioned Holmes and Watson to go to Berlin to negotiate a prisoner of war swap with the German high command.

And the price demanded by Nazi Propaganda Minister, Joseph Göbbels, for any prisoner's release? That the two work with the Berlin police to capture a serial killer who is stalking the city’s railway network.

But is Holmes being entirely honest with Watson about why the foreign office wants the pair to conduct an investigation which can only help the Nazi war effort? And what else might Holmes’ investigation of the German railway network uncover? And how can the United States be persuaded to join the war on the British side?

An account of real events in London, Berlin, and Moscow in the years 1940 and 1941 which still shape the present, the listener may feel hand of both Mycroft Holmes and Niccolò Machiavelli behind the statecraft on display.