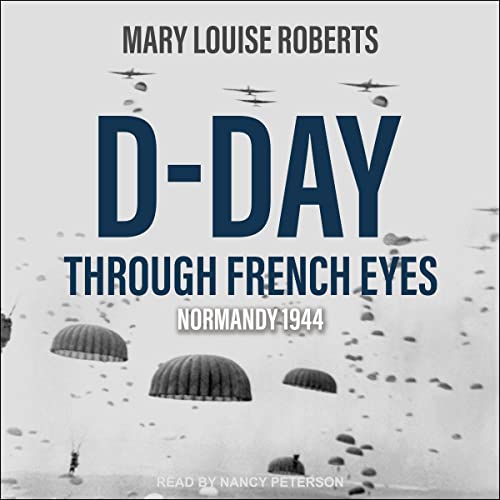 Silent parachutes dotting the night sky—that's how one Normandy woman learned that the D-Day invasion was under way in June of 1944. Though they yearned for liberation, the French had to steel themselves for war, knowing that their homes, lands, and fellow citizens would have to bear the brunt of the attack.

With D-Day Through French Eyes, Mary Louise Roberts turns the conventional narrative of D-Day on its head, taking listeners across the Channel to view the invasion anew. Roberts builds her history from an impressive range of gripping first-person accounts by French citizens throughout the region. A farm family notices that cabbage is missing from their garden—then discovers that the guilty culprits are American paratroopers hiding in the cowshed. Fishermen rescue pilots from the wreck of their B-17, then search for clothes big enough to disguise them as civilians. A young man learns to determine whether a bomb is whistling overhead or silently plummeting toward them. When the allied infantry arrived, French citizens guided them to hidden paths and little-known bridges, giving them crucial advantages over the German occupiers. As she did in her acclaimed account of GIs in postwar France, What Soldiers Do, Roberts here sheds vital new light on a story we thought we knew.