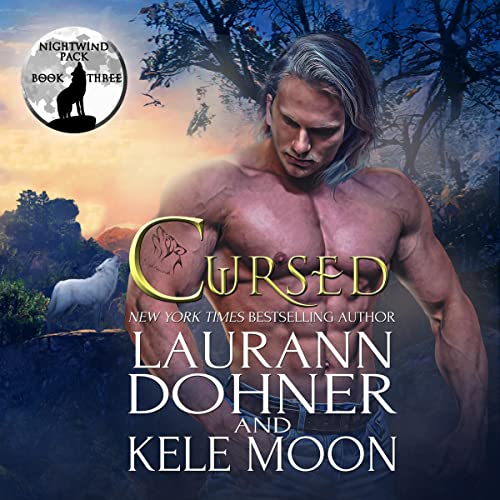 Alpha wolf Jazz Zendell lost his true mate as a teen and has no hope of finding another. Marcy was the only one. Betrayed by his own father, she was taken from him before they had a chance to seal their bond.

Now his days are filled helping his best friend Desmon manage the Nightwind pack. The work is rewarding enough for a werewolf destined to be alone…until a mysterious werewolf hunter shows up. More intriguing, the hunter is a human woman with strange connections to his long-lost mate. Rather than seek revenge, Jazz sets out to find the mysterious human and protect her before the werewolf hunting gets her killed.

Shawna Hensky has been hiding from her past for a long time. After a brutal attack at the hands of a werewolf, she has spent years hunting the worst shifters possible to protect others from the same horrible fate. She, more than anyone, knows not all weres are bad—since she was raised by werewolves. She even loved one once, in another life, before that dream was ripped from her.

When she learns her brother was killed at the hands of a werewolf, Shawna’s hunt takes her to a territory fraught with bad blood and secrets—and directly into the arms of a wolf whose cursed past and uncertain future collide with her own.

I like the continuation and the building of the Nightwind pack. Don't make us wait another 2 years

I think this is the best in the series. The story, the character and the action were absolutely amazing. I loved the story so much, I have already listened to it a couple times.

I mostly just don't want to wait another 2 years for the next book!

Love the story and the narration

I listened to all 3 books in the series and I wish there were more.

You guys do so well together! please don't keep us waiting on the next one. Would love to hear more on New Species as well, There are so many stories left untold.