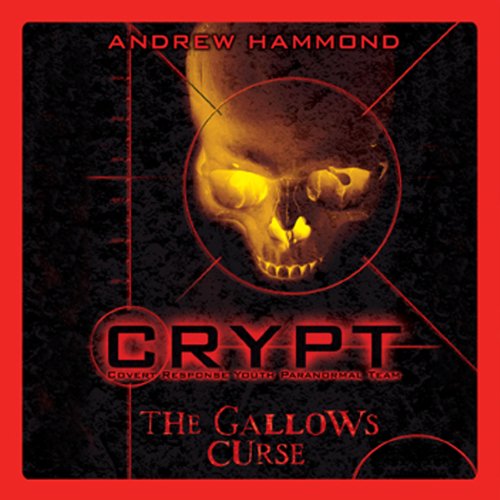 Meet Jud Lester: Star agent with CRYPT, the Covert Response Youth Paranormal Team. When a crime is committed and the police are at a loss, CRYPT is called in to figure out whether something paranormal is at work. Jud is their star agent. Jud, unwillingly paired with new recruit Bex, has just landed his biggest case yet ... people have been disappearing in mysterious circumstances while others are viciously attacked - yet there are no suspects and a complete lack of hard evidence. The only thing that links each attack is the fact that survivors all claim that the culprits were 17th century highwaymen. Can Jud and Bex work out what has caused the spirits of these dangerous men to return to the streets of London before they wreak more death and destruction? A fantastic blend of teenage spies, horror and ghost-busting for fans of Cherub and Young Bond.

"I really enjoyed the mixture of action and horror." (Bookzone4boys.com)
"The creeps, gore and tension, build towards a cracking showdown, as Jud, Bex and the rest of the CRYPT team, solve the mystery and come together to win (or maybe just survive) the day." (BartsBookshelf.co.uk)