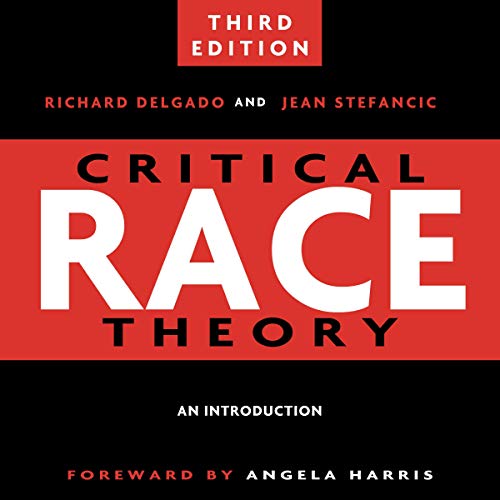 Updated to include the Black Lives Matter movement, the presidency of Barack Obama, the rise of hate speech on the Internet, and more.

Since the publication of the first edition of Critical Race Theory in 2001, the United States has lived through two economic downturns, an outbreak of terrorism, and the onset of an epidemic of hate directed against immigrants, especially undocumented Latinos and Middle Eastern people. On a more hopeful note, the country elected and re-elected its first black president and has witnessed the impressive advance of gay rights.

As a field, critical race theory has taken note of all these developments, and this primer does so as well. It not only covers a range of emerging new topics and events, it also addresses the rise of a fierce wave of criticism from right-wing websites, think tanks, and foundations, some of which insist that America is now colorblind and has little use for racial analysis and study.

Critical Race Theory is essential for understanding developments in this burgeoning field, which has spread to other disciplines and countries. The new edition also covers the ways in which other societies and disciplines adapt its teachings and, for listeners wanting to advance a progressive race agenda, includes new questions for discussion, aimed at outlining practical steps to achieve this objective.

I’m currently neither a proponent nor an opponent of critical race theory but I wanted to get an overview of the theory on its own terms. This book is a very accessible and detailed introduction. It has an academic style that seems to have been intended as a university textbook. As an introduction it is heavier on exposition than argument. I was pleased to find that it was more informative than persuasive in its presentation, mostly just presenting the issues and laying out the various positions on points of disagreements, both among critical race theorists and between critical race theorists and its critics.

opens one eye while clising the other

Critical race theory can make you aware of various disadvantages suffered by various minority groups, especially American Blacks. However, it also promotes simplistic understandings of society: every phenomenon is understood in terms of relations of oppression and/or exploitation. When all you have is a hammer everything looks like a nail. Major issues such as high levels of criminality and low academic achievement are left unaddressed; instead, there is much discussion of rates of incarceration and the alleged unfairness of conventional measures of academic achievement. Also, I sense a tendency to understand society in terms of a monolithic pyramid of increasing privilege with straight white men at its pinnacle.

I should have been more diligent in reading the book description but I wasn’t. This was packed with good information but I didn’t realize it was a textbook. Not awesome as an audiobook.

This was well read, and topic is cogent and timely. it seems to.me it's better to have a written copy, even if just to follow along. The book itself is clearly intended for a classroom environment.

A good introduction to the ideas of CRT. The book even has a chapter on possible critiques of CRT that help the book “seem” impartial. However, for those who have listened here are some questions to ask yourself.

1. What dangers exist in making your core philosophy a critique of the dominant viewpoint?

3. How viable is CRT outside the United States? What happens if you explain CRT to someone in a less privileged/dominant Country than yours and they disagree with you? Who is right? If you come from a western dominant culture, as does CRT, how does that dynamic effect the conversation?

4. Chapter 1 begins by saying that CRT deals with the situations where race “seems” to play a role in an interaction. Is there anyway to scientifically test this assumption? If not, what dangers exist with creating laws, policies, and culture beliefs that are based on a philosophy which sometimes draws from accurate data or assumptions but sometimes makes inaccurate assumptions?