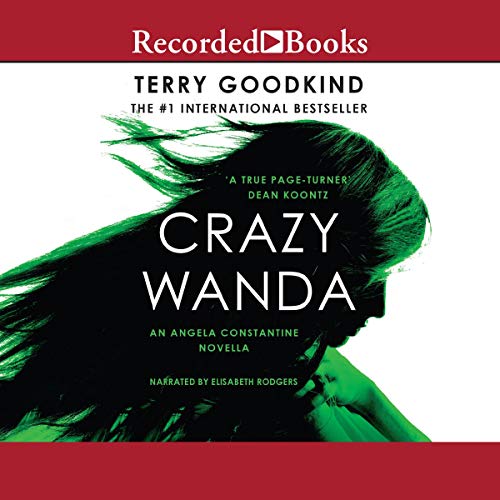 And Angela's impulsive, hot-tempered colleague Wanda is about to cause more trouble than anyone could know. Except Angela.

She's not like the rest of us. She sees things we don't - she can recognize a killer just by looking in their eyes. And Angela knows that sooner or later, one way or another, everyone pays for their sins.

She'll make certain of it.

Follow Angela Constantine in this thrilling novella of revenge and justice, as she goes down the rabbit hole after a serial killer in the making.

Not up to Terry Goodkind's standard

Too short. I prefer books 8Hrs or more. As a series, Angela only had a minor roll in the story. I want to see more adventures with Angela.

Not worth the wait

After Girl in the Moon, I expected more. I didn’t get it. I guess there is only si much you can do with 2 1/2 hours.

About as interesting as going to an escape room and the clue is, "Here. Use this key."

Repetitive text. Repeated the exact same line of dialogue 3x in 5 minutes. The narrator was dull.

not a good one for goodkind

I am a huge Goodkind fan and this one just had me scratching my head. it was crude and violent and lacked depth. the performer was ok but she was super quiet compared to other audio books.

Okay read with this book.. There was really no purpose behind the book.. Angela's story was well written in other books.. it seems like a subpar chapter from the other books became this short story. I also thought that the recording had an issue as the sound wasn't loud enough. I kept the volume at Max and had a difficult time listening.. I've never had that issue with any of the other books. Perhaps Audible needs to remaster the book with vocals boosted.

Thank you!! Please keep the series going! You give a lot to look forward to!