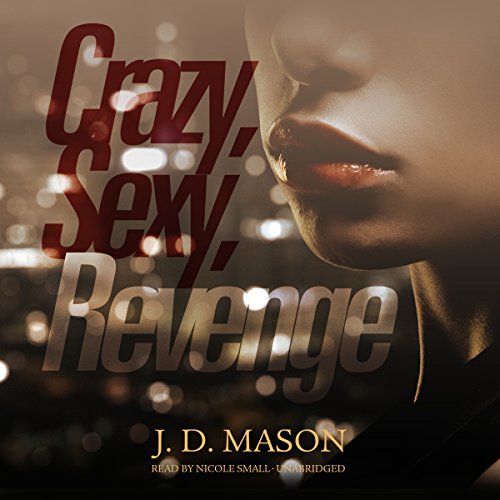 Jordan Gatewood's life is falling apart. Murder, sex, betrayal, suicide - the women in his world are paying him back for all the terrible things he's done, and they're bringing on the drama in spades. And now, with Desi Green bringing Jordan to the attention of the detective investigating his lover's murder, his tenuous grip on control threatens to unravel completely.

Desi refuses to let anyone back her into a corner. For years, people have tried to set her back and destroy her, but now she's ready to take it to anyone who wants to put her down, including Jordan Gatewood. And when a message comes for her in the form of a brutal attack, Desi will have to fight with everything she has before she gets her revenge.

First: Desi blaming Philip for Lonnie 's death was pure bull****.Lonnie did what Lonnie wanted to do. Going after that man (the way she tried to do it) ,after what he did to her was reckless & stupid. Lonnie was obsessed with Julian & he with her. She knew Jordan was dangerous & she still kept pushing. She knew that Jordan's wife was not quite right in the head & yet she kept picking at her, using her to get at Jordan. Second: After Lonnie's death, Desi & company tried to basically do to Jordan what was done to Desi (convict him of a murder he didn't commit). Jordan was a demon & wrong on so many levels but he didn't kill Lonnie. Claire was obsessed with Jordan. Olivia was obsessed more with Julian's money & power than any supposed love she had for him her actions for the next almost thirty years after she killed him proved that. The woman was truly evil. Claire succeeded where Olivia failed -she actually killed the other woman. Edgar was obsessed with Olivia. June was obsessed with bringing down her mother (Olivia).Desi & Jordan were obsessed with destroying each other. Desi couldn't have been too afraid of the Gatewood family because she kept picking at them, putting not just her life but also Solomon's (d*** good man) life& family in danger. While I felt sorry about what was done to her, I started to dislike Desi. She came off as reckless, selfish & self-centered. After everything in the book (there was a lot) ,it still seemed unfinished. There were too many loose ends.

Total waste of a trilogy. Long and drawn out and scattered. Story filled in with the same things from books 1&2. A disappointment .

Nicole Small is an excellent narrator I love listening to her The story is great. Both books were excellent and intriguing

I enjoyed this entire series. I couldn't stop listening. I was rooting for the bad guy at the end of the story.

Crazy, Sexy, this book. How did I read a review that said not as good a book 1,and 2. They must have not been reading the same book as me. My headline tells it all. Jordan the Son of a B**** (Olivia) truly! The breakdown the unfolding of that Woman (Olivia) WOW! You have to read it to believe! Enjoyed truly!

This book had a great story. The reader brought the book to life. It was entertaining and a good read.

I felt like the book was well written. A nice ending to a trilogy. The book was quite entertaining and engaging. The narrator was good too.

Incredible storyline by the #Author and what can I say about #Narrator Nicole Small???
she's an entire enterprise and brings everything she reads to life!!

Couldn’t get through it