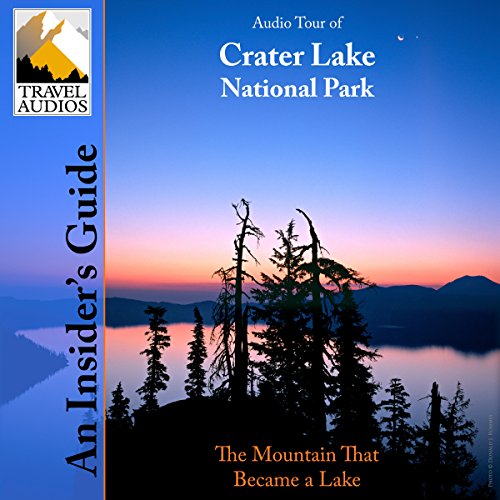 Crater Lake National Park is a rare place of ineffable, distracting beauty. Its lake - Crater Lake - is remarkable. It is the deepest lake in the United States and the deepest volcanic lake in the world. The lake formed when Mount Mazama (one of the many ancient volcanic peaks that dot the landscape like a string of pearls stretching from British Columbia to Northern California) exploded in a violent eruption about 7,700 years ago. One of the most powerful eruptions to occur in this part of the world (nearly 400 times more powerful than Mount St. Helens' 1980 eruption), it left behind a deep caldera that over time filled with rain and snowmelt.

The lake has no inlets or outlets, so its waters are some of the clearest, most pristine in the world, and it maintains an average depth of about 2,000 feet. Your views from any vantage point along the 33-mile Rim Drive are of sparkling, sapphire-blue waters cradled by towering caldera walls. And rising from the lake's surface are the fascinating cinder cones of Wizard Island and Phantom Ship. Our 60-minute PARK-APPROVED audio tour will unveil the mysteries about Crater Lake's volcanic origins. It features not only the biologist who went to the bottom in a submersible but park rangers, an historian, and local Native Americans who will tell you about the lake's blue water, life at the bottom, its forests, flowers, birds, animals, winter snows, and its colorful cultural history.

Professionally narrated and filled with music and nature sounds, this 60-minute audio tour is as entertaining as it is educational.