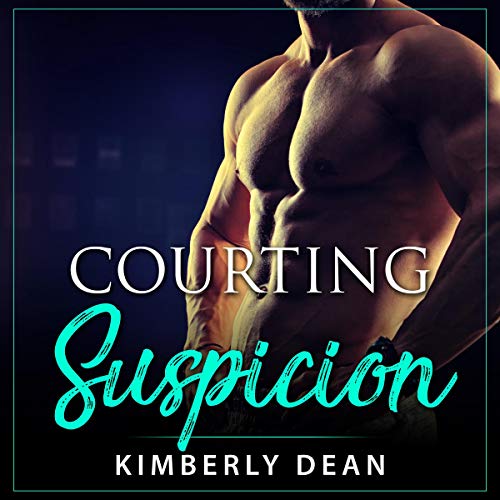 It's difficult to run when you want to get caught.

Washington, DC's elite escort service Luxxor, is known for its beautiful companions and its discretion. Nina Lockwood - classy, gorgeous, and whip-smart - has spent years building this risky business, but everything is put in jeopardy when a bull-headed, sexy detective starts poking around.

Josh Morgan is the last man on earth she should be attracted to, but Nina can't help it. A romance with a member of the Metro Police would be reckless, but she fantasizes about taking on her role of a madam in a more personal and pleasurable way.

Josh has always been suspicious of Luxxor, but he’s more intrigued by the mysterious woman who runs it. He knows she's hiding secrets, and he wants to discover each and every one of them - in uniform or not.

But when a Luxxor escort is found in a compromising situation with a prominent politician, the true cat-and-mouse game begins. Can Josh and Nina lower their guards to trust one another and give in to the attraction they both feel? Or, will their suspicious minds keep them from seeing the true conspiracy going on behind the scenes?

Great story, characters, narrators, and hot sexy times! Definitely worth the credit, and I highly recommend it!

Another hit!! Loved it

Finally!! I feel like we've been looking forward to this book since the beginning of the series. A madam for a high end escort service, and a big city detective...what could go wrong? It was fantastic.

Yes, I have been looking forward to Nina’s story since I started this series and Kimberly Dean delivers another winner of a novel in her “Courting” series. Nina Lockwood has been one of the most intriguing characters and I have been looking forward to her story. She has been a rock in this series from book one, always put together and one step ahead, she thinks on her feet so no one can pull one over on her. She started Luxxor Limited, built the company from the ground up. It is an elite escort service for the rich and famous, Nina is very selective for both clients and who work for her, it is a discreet service and clients feel safe that all info will remain confidential. She is cool and collective when Detective Josh Morgan came knocking on their door for another matter. But Nina peaked his interest and he kept finding reasons to come back. He was also curious to see what Luxxor Ltd was all about too, but Nina remained tight lipped. OMG, the chemistry between these two is absolutely electric and as much as she wants to avoid him she is still drawn to him. When one of her prominent clients makes the news because he is caught with his pants down with one of her best employees she goes into protective mode for all involved. At first it seems like someone is after her client, a high profile senator but then the investigation reveals there may be someone after her employee too. Can she trust Detective Morgan, is he worth the risk? I loved how everything plays out in this book, the story is cleverly plotted and the author does a great job keeping you thinking and wondering. There is plenty of drama, angst, twists and turns, thrilling suspense, heartfelt and emotional moments and a slow burn romance. Kimberly Dean, thanks again for another amazing story and emotional rollercoaster ride.

🎧📚🎧And for the narration, Lisa Bozek did a nice job portraying the characters, humanizing them while bringing them to life. She set the perfect tone for the story, captured the character’s emotions as well as the drama of the story and projected it all into her performance. She is an entertaining storyteller and a pleasure to listen to. Thank you for this great listen🎧

This was another good read in this series! The narration was good and kept me entertained! The author did a good job with the character builds and plot! I look forward to reading the next book in this series! I was given this free review copy audiobook at my request and have voluntarily left this review.