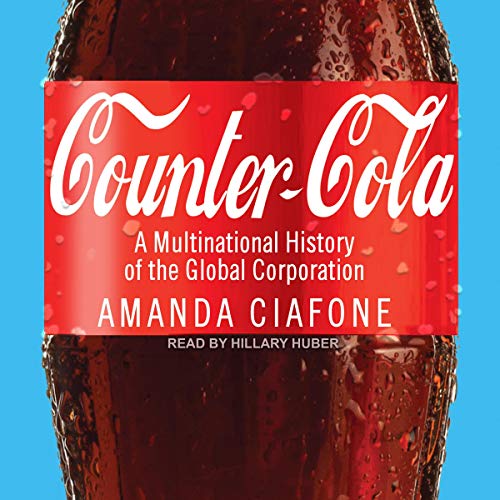 Counter-Cola charts the history of one of the world's most influential and widely known corporations, the Coca-Cola Company. It tells the story of how, over the past 130 years, the corporation has tried to make its products and brands physically and culturally a central part of global daily life in over 200 countries. Through this story of Coca-Cola, Amanda Ciafone reveals the pursuit of corporate power within the key economic transformations-liberal, developmentalist, neoliberal - of the 20th and 21st centuries. A story of global capitalism, it is not without contest. People throughout the world have redeployed the corporation, its commodities, and brand images to challenge the injustices of daily life under capitalism. As Ciafone shows, assertions of national economic interests, critiques of cultural homogenization, fights for workers' rights, movements for environmental justice, and debates over public health have obliged the corporation to justify itself in terms of the common good, demonstrating capitalism's imperative to assimilate critiques or reveal its limits.