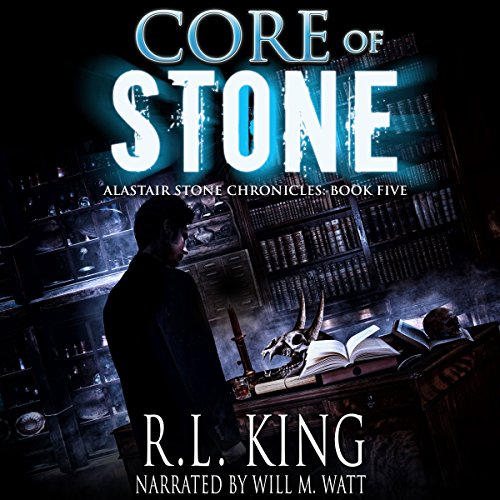 Alastair Stone knew it would take a big sacrifice to end the Evil's hold over our world. He was ready to make that sacrifice - but he expected it to be his life. Never in his worst nightmares did he think it would be his magic. Despairing and grief-stricken at the loss of the abilities that defined his existence, he's on the fast track to self-destruction when a dear friend convinces him to take a desperate last chance.

He heads to Las Vegas to find the only man who might be able to help him, but instead finds some old allies in dire need of his own help with a deadly - and very magical - threat. Stone's answer to nearly every problem has always been magic - but that's off the table now. All he's got are his wits and his courage to keep himself and his friends alive.

Can he put aside his pride and bitterness long enough to prove there's more to him than magic?

I have been binging on this series for the past couple of weeks. This was by far my favorite book so far.

King delivers again. You get to see more of who Stone really is. These books keep you wanting more.

BEST IN THE SERIES.

Awesome! I loved this series very much. Alastair Stone is a protagonist to admire. I like Verity, his apprentice too. She has matured and can hold her own. I hope R L King will continue this series with more adventures from both Stone and Verity. Narration by Will M Watt is excellent. Worth a credit.