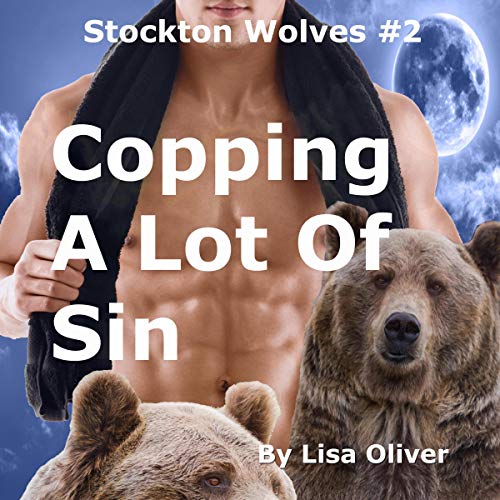 Copping a Lot of Sin

Copping a Lot of Sin

Sin's life was totally turned upside down when he learned about the existence of shifters and Fated Mates just six months before. That was when he met and fell head over heels in lust, and then love, with a young wolf shifter named Ben. In the six months that followed he moved house, and now shares his life with the small Stockton pack and his bed with Ben. He thinks things are going well. That is until his Alpha tells him that Ben is having problems and apparently Sin is to blame.

Ben is unhappy, but it's not something he can talk to Sin about. He tried once, and got shot down, big time. Sin is human and a rampant Dominant, and while Sin confines his dominance to the bedroom, outside of it both men are too busy living normal everyday lives. Ben's struggling to keep his wolf under control - his wolf that wants to claim Sin in the way of his kind. But unless Sin changes his ways, Ben might be reduced to taking drastic measures. He's certainly thinking about it.

With a claiming night that has unexpected repercussions, a serial killer on the lose that smells like a bear and who is targeting young men who look just like Ben, life starts to get more complicated. A random meeting with Gabriel brings even more surprises to both Sin and Ben's life - and neither one of them is quite sure how to cope with the sexy man.

A wedding to plan, a killer to find, a bear in a wolf pack? What is going on in the Stockton pack and will Sin, Ben and Gabriel stay alive long enough to explore their own budding relationship?

Warning: This audiobook is a ménage (M/M/M) and contains coarse language, sexually explicit scenes between men, and some violence. This is a complete story with no cliff-hangers, although a teaser for the next book is mentioned in the epilogue. As with all of my books an HEA is guaranteed.

I listened to the first one and picked the sequel up with great anticipation. I'll be honest.... This one was kind of silly. The main character Sin, Gabriel, and Ben were.... So overdone, and so obviously written by a woman. Ben despite being a werewolf was overly helpless. He gets snuck up on not once but twice by a bad guy.... Despite his enhanced wolf senses and his relationship with Sin kind of cheeped me out with the way Sin ordered him around and wanted to 'punish him' Ben had no spine, and constantly needed to be 'protected' despite presumably having wolf shifting ability. All the guys kept calling him little, and pretty... Um... He's a full grown male shapeshifter ? Ben constantly was compromising for Sin, agreeing to things he wasn't into to keep Sin happy. Sin himself was a bit of a caricature.... And Gabriel? What was the point? He was sort of bland. And he pops up into the guys life right after they bond and he's like... Here I am... It didn't feel romantic, and I didn't get the vibe these characters loved each other. It didn't work for me. Plus they state Sin, keeps the dom thing in the bedroom, but he is constantly ordering Ben around, and Ben just takes it. I could've easily replaced Ben with a female heroine the way he is written.

Overall, Meh. Not my fav. This relationship was really unbalanced and not very realistic.