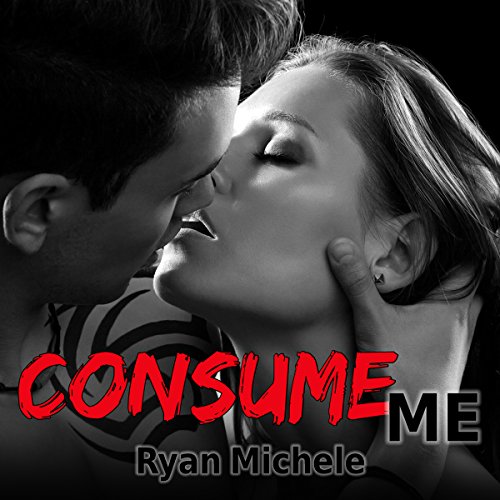 Prospect Andrew "Tug" Tugger wants two things: one, to become a member of the Ravage Motorcycle Club, and two, Blaze, the sexy brunette whose eyes set him on fire. Only one of those things is under his control, and he is done waiting. It's time to take what he wants.

Blaze has been running from her tragic past for over four years. She is finally feeling settled after stripping her way through school and building a life in Sumner, her first safe haven. She keeps everyone at arm's length, afraid to let anyone discover the secrets she holds within.

Tug sets out to make Blaze his, but will someone get burned in the process? Will Blaze run again when her new world is threatened, or will she allow Tug to consume her?

My favorite in the series

I wouldn't say I'm a huge fan of the series but I loved this Tug and Blaze's story. The characters are likable and I love that Ryan Michele doesn't write women to be Doormats. Tug is very sweet and caring as well, which is a big change from the typical biker Hero character.

I loved Christian Fox as a narrator. his voice was perfect. Will definitely be checking out more of his work.

The deeper in this series I get the more intense the club and the men become. The women, this time Blaze, are all special. Their lives have been hard yet even in a biker club their men make it better.

Tug, like all ravage men doesn't like to take no for an answer but they respect their women. He is there for Blaze and the shit storm that has followed her. The intensity is hot and the chemistry sweltering. I can't wait to start the next book.

What did you love best about Consume Me?

Everything .. Have got this series in kindle have read them loving everyone of them & was so excited to get them on Audio & have loved listening to them , can't wait for the next, can't come soon enough.

What other book might you compare Consume Me to and why?

This Author is her own writer.. She owns her own work, nothing compares.

Which character – as performed by Christian Fox and Lucy Rivers – was your favorite?

They all were awesome loved everything.

It was easy because I loved it will listen to again again.

You will enjoy this book & series, so one click.

Christian Fox is so underrated. The man's voice is like Honey. I loved Tug's persistence and the author had me crushing on Blaze just as much as Tug. Great plot and easy read.

Blaze strips at X a club run by Ravage. Friends with Princess and keeping herself away from men and finishing college is pursued by Tug.
A story of past abuse, fear, strength and love
Great narration by 2 of the best

Absolutely loved the narration. Christian Fox nailed it. Story line kept my attention. I must find another narration by Christian Fox.

Patience..what a wonderful trait to have

Blaze has a past...a hurtful, painful past and she’s been outrunning it for 4 years..she works hard, keeps her head down, and pockets her cash for the day she must run..what she didn’t account for is the sexy biker Tug, who claims her as his..he is slowly breaking down her walls and making it impossible for her to keep him away..when she finally falls, she falls hard..but then, the past comes back as it always does and running isn’t possible..Tug and his biker brothers won’t allow it. Can she live with being found,..can she live with others being hurt because of her..can she live without Tug?

Blaze and Tug’s story was awesome. Her past is awful and she carries around a lot of grief and guilt because of it..unnecessarily. Tug has been on her for months and when she finally gives in the fireworks are explosive. The club finds itself in the crosshairs of a new enemy while still trying to crack down on the last one.

Great story..watching Blaze finally come clean about her past was a great relief and brought her closer to Princess/ Casey and Tug. I’m enjoying this series and feel that something big is on the horizon.

Much better with the narrators

Love this Series and the story of Blaze and Tug is great! Have to say the ending and the beginning of the next book is going to be exciting and can’t wait to move on to book 4 and the best part it’s Sabastian York and Lidia Dornet that narrate in it! 🎉🎉👏🏼👏🏼👏🏼🥳🥳🥳 I love Sabastian York’s voice 🥰

Loved this book , loved this couple, and LOVED both narrators! I really have no complaints about this one, and believe me, that's not like me at all.

My favorite narration is duet (male reads all male voices, female reads all females), because I feel like it flows better and keeps me in the story. Both of these narrators did such a great job that I felt the same way. Will definitely look for more books performed by them!

This title in the series is annoying me more than entertaining me. I enjoy Christian Fox narrating, but the narration for Blaze was very teenager-y and ultimately too annoying for me to finish. As much as I like Tug, I think I will just catch up with the brothers in the next book!