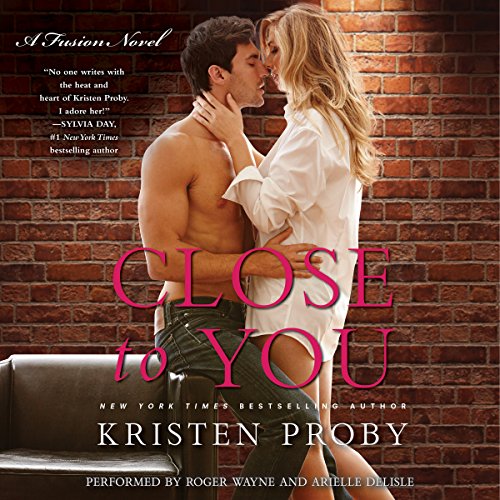 Camilla "Cami" LaRue was five years old when she first fell in love with Landon Palazzo. Everyone told her the puppy love would fade - but they clearly never met Landon. When he left after graduation without a backward glance, she was heartbroken. But Cami grew up, moved on, and became part owner of wildly popular restaurant, Seduction. She has everything she could want...or so she thinks.

After spending the last 12 years as a navy fighter pilot, Landon returns to Portland to take over the family construction business. When he catches a glimpse of little Cami LaRue, he realizes she's not so little anymore. He always had a soft spot for his little sister's best friend, but nothing is soft now when he's around the gorgeous restauranteur.

Landon isn't going to pass up the chance to make the girl next door his. She's never been one for romance, but he's just the one to change her mind. Will seduction be just the name of her restaurant, or will Cami let him get close enough to fulfill all her fantasies?

I was already enjoying the story before she went and got me all weepy. I literally cried my way through half a chapter. Well-done. On to the next book.

an enjoyable story with realistic characters

I loved it! the narration was especially good. the story was very realistic for me. this is a wonderful love story.

What other book might you compare Close to You to and why?

That was it songbook

Which character – as performed by Roger Wayne and Arielle DeLisle – was your favorite?

Definitely cried in the hospital

Another beautiful book from Kristen Proby!

Where does Close to You rank among all the audiobooks you’ve listened to so far?

I really like Kristen Proby's books very much, I've listened to almost all of them and I must say I am a little obsessed with the 'Seattle Series'. This one even though it is sweet and beautiful, it maybe needed something 'more', I don't know what but in my opinion the story wasn't 'enough'. It is a very well written book, the characters are wonderful and the narrators are G R E A T!!
Thanks a lot Kristen Proby and of course Roger Wayne & Ariell DeLisle for this book.

3.5*I WAS ENTERTAINED.. BUT SADLY DISAPPOINTED TOO

This was a good love story.... but, for me, somehow it just didn't make it into the realms of great as I was expecting and eagerly anticipating from a Kristen Proby book. All the characters were nice, Cami and Landon insta-clicked from the start, the story was sweet, the sex wasn't too much, there was only mild angst and a sad tragedy near the end. And, if you're looking for a light sweet listen about two people who have silently loved each other deeply since childhood, realized the timing wasn't right, went their separate ways for 12 years and then found each other again when the time was right - then you're gonna love this.

I love KP's writing skills as she crafted a tight knit group of loving and loyal friends who together ran their business Seduction and I can appreciate that she has written a very tender dual POV love story. But I missed the tension, the anticipation, the hot sizzling chemistry, the anxiety when you know something's about to blow, the toe curling passion and that 'phew' feeling that everything worked out in the end. Yes, their were a few tiny hiccups along the way but the love between Landon and Cami remained strong.

There are some listens where I'm so hooked and so on the edge of my seat that I don't like any distractions because I want to entirely focus on the unfolding gripping story... but sadly, with this listen, I was easily distracted, easily listened through busy bustling sidewalks and easily let the story flow over me. The female narrator's voice didn't fit or help with the story at all as she sounded way too young for a grown woman's voice and it actually got on my nerves.

Worth a credit? This was a nice easygoing well written love story... but I guess I just wasn't in the mood for nice. It certainly won't put me off continuing with this Series or saying that YES it's creditworthy but, if like me, you want a little more drama, thrills and angst to happen along with the heat and hearts, then maybe think twice before hitting the Add To Cart button.

Why the baby talk?

I enjoyed the story, but Arielle’s performance of Cami made her sound like a teenager.

I think this is my favorite couple in the Fusion series (well, I may have to revise that once Savor You comes out)~

I fell in love with Landon and Cami when I first read the Close to You. I felt an immediate kinship with Cami, and loved the way Landon was with her. I was certainly anxious to get to listen to them come to life in the audio of the book. And I wasn't disappointed! Arielle DeLisle and Roger Wayne did a wonderful job of portraying Cami and Landon.

I can't wait to listen to more of the Fusion series!

I haven't found a Kristen Proby book I don't like yet and this is no exception! it was a great story! definitively recommend!

I love this series! Landon and Camy were dynamic together, and the narrators really brought them to life.

I did cry a bit towers the end but I was happy to see that the conflict was a minor hiccup for Camy and Landon.

I look forward to listening to more books in this series. I'm super excited to see what happens in Kat's story.

Love the sassy but sweet Kiley and the real life drama that is brought to the story! The Writing is amazing and the narrators just brought it to life. Well worth the credit/money.