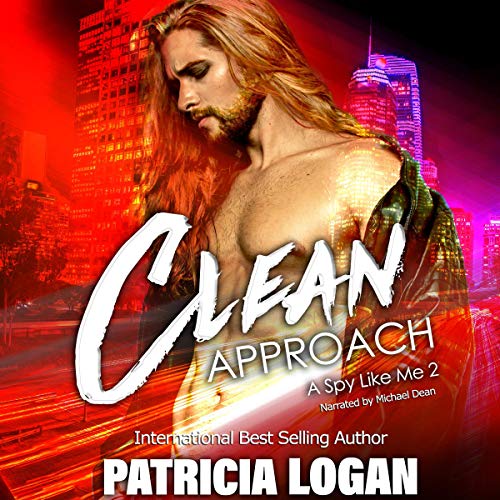 Damon Thorne, former CIA operative, is now living with Jude Chenoweth, his new boyfriend. The sexy graphic designer is handsome as hell, and Damon can’t get enough of him. Unfortunately, his life as a “cleaner” always seems to get in the way. At least Jude is at his side these days, helping out on an odd job here or there.

Jude finds his new life with Damon thrilling. If it’s not rescuing a teen from child traffickers, it’s stealing adult toys from a notorious sex club. While Jude struggles to stay out of the limelight, Damon battles with his own demons, trying to reconcile a heartbreaking past.

A mandatory trip to New York turns into a weekend on the Harlem blues scene and a party with New York high society, ending in near disaster. To top it all off, a deliberate poisoning, a pissed off “force of nature” in stilettos, and a half-blind money launderer confirm there’s trouble brewing and only the beginning of their problems.

When an old acquaintance turns up with a tale of betrayal and a warning of imminent danger, Jude and Damon go on the offense. Fortunately for the two men, they unexpectedly have a team of warriors at their backs.

Join Damon and Jude for one thrill ride after another in the sequel to Clean Up on Aisle Mine.

Damon and Jude were perfect together and I loved the dynamics between them.

The storyline was engaging and compelling and had me at the edge of my seat.

Very fun continuation; sexy, captivating storyline, and more of the characters from book one, with a few newbies thrown in. I appreciated the measured angst that only went so far. Enjoyed the resolutions that didn't stretch into ad nauseam!

The hot connections between our delicious MCs only gets deeper in this saga, as we gain more history & understanding! Kudos to the author, and her wisdom in using the wonderful Michael Dean!! Looking forward to more from this wonderful pairing.❤

Draws you into & leave you feeling disappointed

This book has a lot of potential that it does not live up to. The opening action draws you in but the cheesy dialogue and narration leave you feeling disappointed. The porn-like intimacy between the main characters contributes nothing and distracts from the plot. However many of the characters are creative and colorful.

Ms Logan never disappoints. She paints a picture so bright you can’t help but feel apart of the book. The shock value was amazing because I can admit that I didn’t see that coming

I enjoyed this story BUT...

I feel this story was just to drawn out, it took almost two books to tell the story that would have been told in one good book. Instead the fluff and no real plot in the first book almost made me not want to listen to the second one. Glad I did but not happy that it took almost the whole 2nd book before it got to the good stuff.

I loved this series so much! so many twists and turns and some familiar faces pop up. Michael did an amazing job as always. I loved this one and Damon and Jude. I can't wait to hear and see what Patricia comes up with next.

This is the second book in the series & it was heartbreaking. We find out the truth of what happened to Damon's wife & daughter and it broke my heart. We start off with rescuing a teenager who is unknowingly being auctioned off in a sex ring operation and then off to retrieve some sex toys. Jude is then required to go to a charity event in New York and off he & Damon goes. We get to spend some time with Jude's mother & I just love her. While in NY, Damon is almost killed by poisoning. He also thinks he sees someone from his former CIA days. When they get back home, they find out that there is a plot against them & all hell breaks loose. Leah was a bada$$ and I so love her. We find out that there is a major traitor, who I never saw coming. But then it boils down to what really happens to Damon's family and the reasoning behind it. I'm happy to say that justice was served on that front. Also, Jude & his father and brother start to mend those fences that were destroyed a long time ago. Oh and we got cameo's from characters from some of Ms. Logan's other series & I always love when other characters stop by to lend a hand. The action was never ending & really keep me turning those pages as I had to know what was going to happen next. I really hope that this series is not over & would like more.

great end to the story but felt a little rushed to tie everything up. would like a epilogue if author ever revisits this story