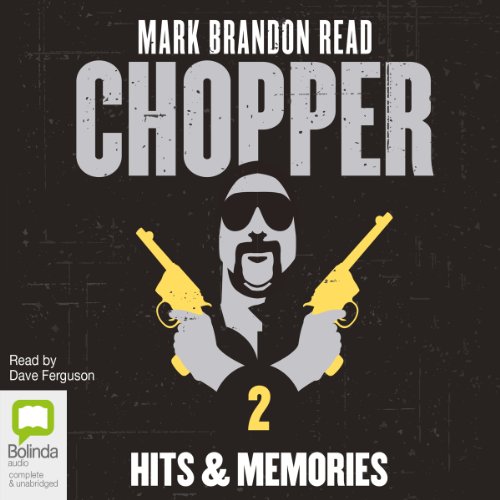 It was just after dawn on Thursday, November 14, 1991. The hatch on the cell door slid back. I could see the screw's face through the slit. I've seen better heads on a pig dog, but this time I could have kissed him.

He became an instant celebrity when his autobiography Chopper: From the Inside hit the best-seller lists (it also holds the record as Australia's most shoplifted book). Six months later, he was back in jail charged with the shooting of a biker, and busy writing his second volume of memoirs.

In this sequel, Chopper gives us more stories of crime and criminals that made his first book an international publishing sensation, from bookie robberies to hitmen, slavery, and kidnapping.Written with dark humour and an intimate knowledge of some of Australia's most notorious criminals and crimes, Hits and Memories is a unique look at Australia's underbelly.