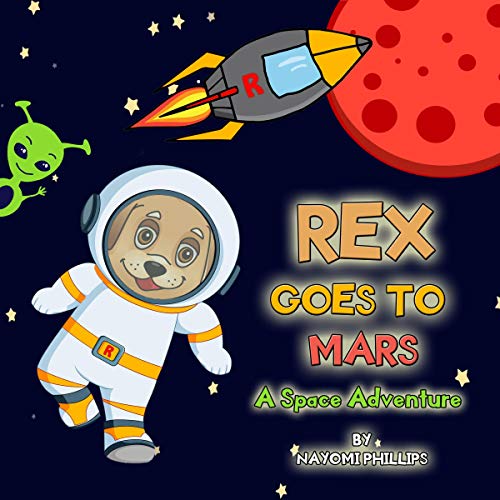 Rex had always known that he was an intelligent dog. He was very proud of the fact that he could count to 100. He could read some words if they were not too long. He was also the very best at fetching the newspaper for his people.

He loved his people. Adam and Sally were his two favorites. They played with him every day. They would throw a ball as far as they could, and Rex would run and grab it in his mouth. If he were exceptionally fast, he would catch the ball in the air. Rex was proud of that too.

As far as good dogs went, Rex was one of the best.

Rex did not think that his life could get any better. But, after bringing in the newspaper one day, the children began jumping up and down in excitement.

“Rex is the best dog in the world,” said Sally.

Rex ran around in circles. Whenever his name was said in excitement, it meant that something good was about to happen.

Adam ran over to Rex with the newspaper.

Rex looked at the newspaper and then at Adam. He knew something good was happening, but he could not work out what it was. Sally saw the confused look on Rex’s face. She pointed up.

“You are going to go to the stars, Rex. To the stars!” shouted Sally. She began dancing around the room.

Rex knew the stars, but he did not know that you could go to them.

Rex wondered if he would be the first dog in history to fetch a star.

And, so began the adventures of Rex in Mars.

My kids love sci fi stories and dogs. A Dog going to mars is perfect match for them.
Just saw this author have a bundle with 14 children’s stories. Gonna buy that next. Please make more sci fi audiobooks, I’m gonna get them all.

This is an awesome story for kids who love dogs. We have two dogs and my kids love playing. My kids are thinking about sending our house dogs to Mars, just like Rex. This is not the only Dog story of this author, there are few more dog stories. Gonna buy them all...Thanks Nayomi

My kids love this space science fiction story. I would love to recommend it for other kids as well.

Rex is an adventure dog who’s always eager to experience everything the outdoor has to offer like space! Moreover, this has the ultimate story-telling-narrator. I’m pretty sure it’s a kid’s captivating tale that kids won't want to miss.

I believe no canine-lover child would be able to resist this audio piece. Rex and his space travel is the ideal creative science fiction book for kids! There wasn’t even a boring moment with Rex!

Just came across the flawless story book for her!

I seldom hear an amusing narrator and Monica Rachelle is one of them. I would even hear my three-year old daughter excitedly utter the words: ‘ball’, ‘Mars’, and ‘stars’ as she listens to the audiobook. I want her to start loving books but I also don't want to force her. It's nice to see her being stuck in a book.

Gonna buy all of Nayomi's books.

As soon as my son finished listening to this book, he wanted the other book, Cooper goes missing. Thank you, waiting for more books...