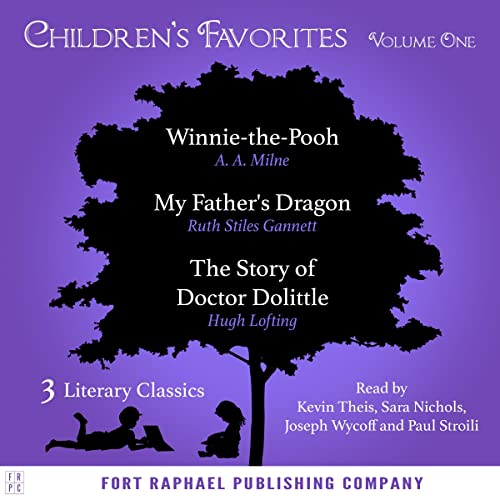 Presented here are three of the most popular children's books of all time: A.A. Milne's Winnie-the-Pooh, Ruth Stiles Gannett's My Father's Dragon, and Hugh Lofting's The Story of Doctor Dolittle.

Winnie-the-Pooh tells the story of Christopher Robin and his friends, which includes Winnie-the-Pooh (a Bear of Very Little Brain), sweet-natured Piglet, cantankerous Rabbit, and the gloomy Eeyore. An instant hit when it was originally published, Pooh has become a beloved favorite for children all over the world

Ruth Stiles Gannett's classic My Father's Dragon relates the story of a young boy trying to free a dragon who is being held captive on Wild Island and the dangerous creatures he encounters on his journey.

And finally, rounding off this animal-filled trio, we have the story of the Man Who Talks to the Animals, Doctor Dolittle himself. This is the first volume of the cherished Doctor Dolittle series—which sees the Doctor and his friends travel to Africa and back—and it has been revised for content in this new version.

Enjoy all three of these classic children's novels in one volume! This is the first of a limited series.