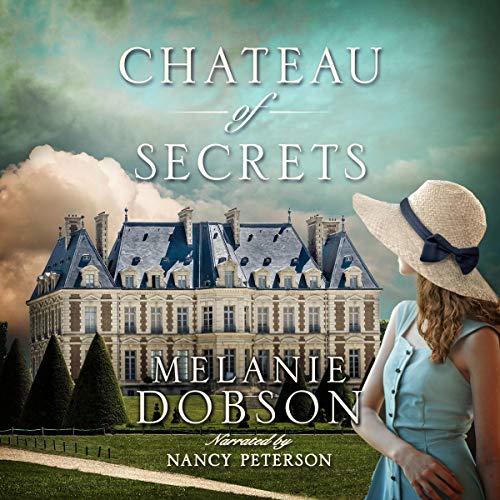 Chateau of Secrets: A Novel

A courageous young noblewoman risks her life to hide French resistance fighters; 70 years later, her granddaughter visits the family’s abandoned chateau and uncovers shocking secrets from the past.

Gisèle Duchant guards a secret that could cost her life. Tunnels snake through the hill under her family’s medieval chateau in Normandy. Now, with Hitler’s army bearing down, her brother and several friends are hiding in the tunnels, resisting the German occupation of France.

But when German soldiers take over the family’s château, Gisèle is forced to host them as well - while harboring the resistance fighters right below their feet. Taking in a Jewish friend’s baby, she convinces the Nazis that it is her child, ultimately risking everything for the future of the child. When the German officers begin to suspect her deception, an unlikely hero rescues both her and the child.

A present day story weaves through the past one as Chloe Sauver, Gisèle’s granddaughter, arrives in Normandy. After calling off her engagement with a political candidate, Chloe pays a visit to the chateau to escape publicity and work with a documentary filmmaker, Riley, who has uncovered a fascinating story about Jews serving in Hitler’s army. Riley wants to research Chloe’s family history and the lives that were saved in the tunnels under their house in Normandy. Chloe is floored - her family isn’t Jewish, for one thing, and she doesn’t know anything about tunnels or the history of the house. But as she begins to explore the dark and winding passageways beneath the chateau, nothing can prepare her for the shock of what she and Riley discover...

With emotion and intrigue, Melanie Dobson brings World War II France to life in this beautiful novel about war, family, sacrifice, and the secrets of the past.

I didn’t realize that this was going to become an evangelical Christian platform set against a historical context. I couldn’t stomach it and was irritated that I missed the nuances in the description.

I have always loved Melanie Dobson this is her bes

Wow. What a story. I couldn’t wait to listen to more everyday. She makes ww11 come alive and her characters are well developed. This is my very favorite genre and she doesn’t disappoint . Mrs Dobson doesn’t have to use profanity or gratuitous sex scenes in her story. She doesn’t need fillers like that to make her books so interesting . It’s not all goodness and light either cause there was some heartbreak . As much as I’ve read about ww11 and the nazis I didn’t have any Idea Jewish men did serve in the German army. This is partly their story. You will not be sorry to use a credit to listen to this audiobook. Waiting for her next audiobook

Not a must read, PS. I do believe in Gog

I was disappointed by the dramatic acentuation on the evangelical part of the history; it could have been a better message if the history would have been soft in that part, was even "annoying". I finish the book because I already paid, but is not a must read at all in my opinion because additionally to the evangelical drama, at the end felt like "fast finish" like the writer run out of imagination to keep going and just ended.

Another 5 star story by Melanie Dobson set during World War 2. This Audible performance was better than watching a movie! I could visualize the characters based on the author’s descriptions.
Stellar!

listening to booksis a new skill for me. awhole lot different than phisically reading a book. so bless that the reader is a very soothing voice. the book is hard to put down you want to know whats going to happen next, at the edge of my seat the whole book ! ,so most excelent for me. Thank you to the author and all the research that was done for this book much appreciated. Looking forward to more books like this.

Loved the characters and their stories. The weaving of 1940’s to present day was enchanting. Melanie Dobson is one of my favorite authors an amazing story teller.

loved it!! she obviously did a great deal of research when writing it. very worth the credit!

A story of courage and discovery

This is the third title I've enjoyed by author Melanie Dobson. The amount of history she shares and the complexities of her protagonists create a wonderful tapestry. This story starts out in the present day. Chloe Sauver is ready to give up everything to become a politician's wife. Her beloved grandmother is ailing from dementia as well as old age and seems to be tormented by a memory from her past in France. Chloe's journey takes her back to her grandmother's home estate where she encounters more questions than answers.

As the present day story line continues, we are transported back to the young life of Chloe's grandmother, Giséle and her experience with the Germans who are billeted in her home.

This is a story of courage and discovery on so many levels. Melanie Dobson's tapestry interweaves these two women's lives so smoothly, that you don't want the story to end, yet you want the secrets to be unveiled. How wonderful is that?

Nancy Peterson is one of my favorite narrators. Her storytelling is spot on, allowing the fullness of the author's craft to shine through. Peterson easily handles the American, French and German accents always allowing the listener full sight of the story. Beautifully told!

Mature Content: PG (no sex, graphic violence or graphic language). There are situations of war that are handled with grace and humility. Perhaps a great conversation starter for young teen listeners.

This is a great book.

I couldn’t put it down. I’ve found my dna to be French and l love learning the history of the Normandy and the areas of France.